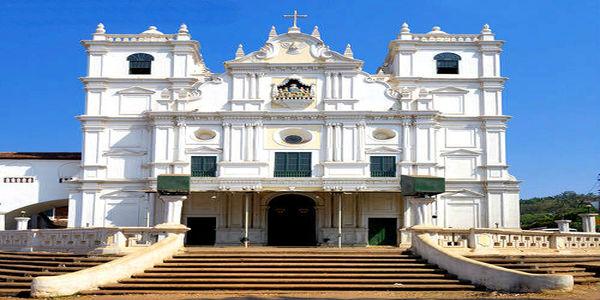 Margao: A day after Margao based Dr Francisco Colaco made several allegations, South Goa Planning and Development Authority Chairman Renuka Da Silva has rubbished them claiming to be baseless.

This is what she has said in a press statement released here:

1.            The issue of the zone in the vicinity of the Holy Spirit Church being changed to C2 (Commercial Zone) is incorrect. The factual position on this zone change is that zone has been changed to a Special Residential Zone (SPR). This zone allows for redevelopment of existing buildings by granting extra FAR so that the existing owners of the flats can be accommodated with addition to allowing increase in capacity of a building on the same land. This matter was explained across the board to all the members that this is being done since the existing tenements in the area lie in a dilapidated and unhygienic condition. So in order to help in relocation of these families by redevelopment, this zone change was consented to on the same grounds as the request of several housing societies for higher FAR was accepted for redevelopment purposes . Also the sentiments of the people have been taken into cognizance and a decision would be taken in a SGPDA meeting which will be held either after the Code of Conduct ends or before it is consented to by the concerned authorities, hence opining on this in public could be construed as a violation of the Code of Conduct.

2.            The proposed 10mt road which Dr. Colaco claims has been shown in this ODP is also factually incorrect. This 10mt proposed road was shown in the previous ODP from a planning point of view. Hence such statements are being made to only inflame and cause panic amongst the citizens which is uncalled for. This PDA has not affected any change to this road. This difference in the proposed road and the existing road does not mean that the existing boundaries will be destroyed, since no land acquisition proceedings have been initiated for road widening.

3.            Lastly Dr. Colaco’s intention to link the Heritage Festival and the ODP is mischievous and appears to be politically motivated. Our concern towards protecting and preserving our rich architectural heritage is known to one and all. Hence the organization of the Heritage Festival this year in the Conservation Area in Fatorda. The Conservation Zone in the ODP has been extended to the Old Market area too with this in mind. The entire Old market area is being redeveloped and beautified by the GSIDC in the phase one of the Goa Tinto Project. The project will be the first of its kind in the state and will beautify areas belonging to the Communidade and certain private individuals with the sole intention of conserving and preserving our rich architectural heritage and promoting heritage tourism. The Deputy Chief Minister has repeatedly expressed his commitment towards this end and is instrumental in organizing the festival in Fatorda as well as to initiate construction of phase one of the Goa Tinto Project although these issues come within the domain of the Tourism Department and GSIDC. Dr. Colaco’s attempt to create panic by spreading lies only exposes his personal hatred towards us the reasons for which are well known.

Chris Perry is a prominent Goemkar, to be recognized. It is also known that the MMC’s decision to name the road after Chris Perry was after a request from Albert Colaco, Ernest Moniz and others which was taken by the municipal body through a resolution taken by the local councillor Glenn Andrade.  All this is being stated for the sake of keeping the record straight with the members of the public.

Dr. Colaco should know that the Heritage Festival is a celebration of our rich architectural heritage and not an attempt to initiate destruction of heritage. This festival is happening for the first time in Fatorda which should be appreciated as it was not done by other regimes with whom Dr. Colaco is now suddenly friends with it.