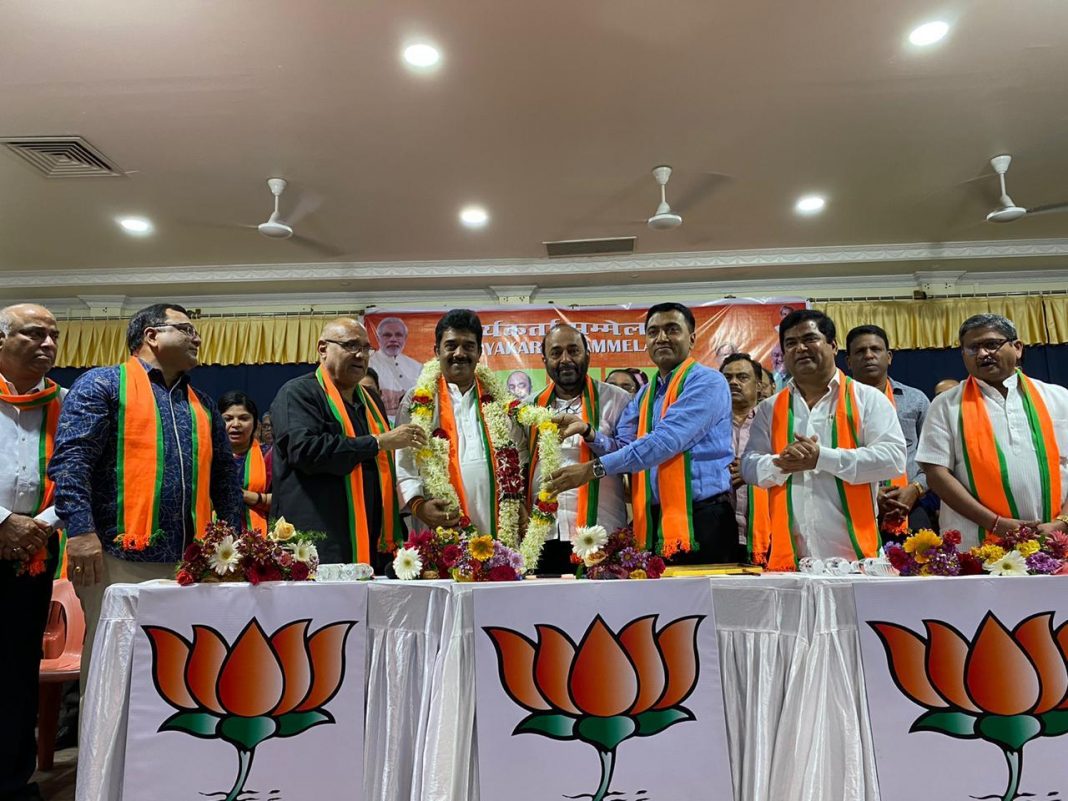 Panaji: Senior BJP leader Sadanand Tanavade on Sunday was announced as the new chief of Goa

54-year-old Tanavade will replace Rajya Sabha Member of Parliament Vinay Tendulkar, who has held the post for two consecutive terms from 2012 to 2017 and 2017-2020.

Tanvade was the only one to file his nomination for the coveted post on Saturday. Party’s state council meeting held its meeting on Sunday before the formal announcement.

Goa Chief Minister Pramod Sawant, outgoing state unit president Tendulkar and other state cabinet ministers were present for convention, which was attended by more than one thousand workers.