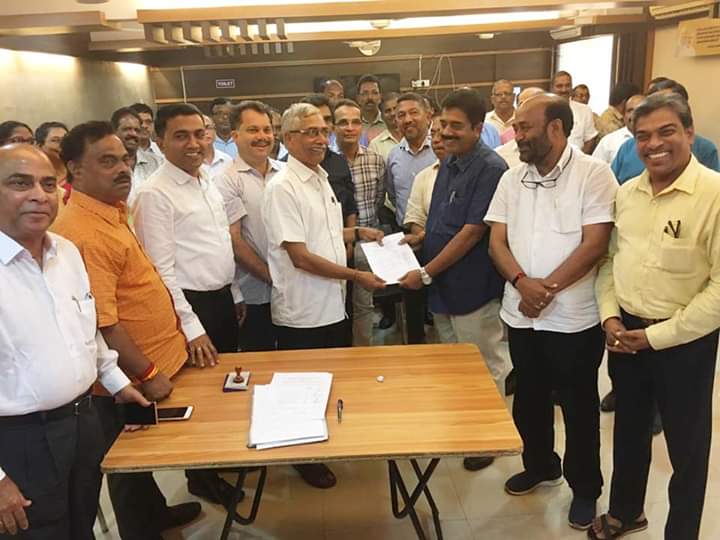 Panaji: Senior BJP leader and former Goa MLA Sadanand Tanavade is all set to become new chief of the party in the State as he was the lone person to file his nomination for the coveted post on Saturday.

“He is the only person to file the nominations for the post of state unit chief of the party,” he said.

54-year-old Tanavade is currently State General Secretary of the party and also was MLA from Thivim Assembly constituency of North Goa.

Parvatkar said that all the three sets would be put before State Council meeting on Sunday morning.

The announcement about new Chief would be made by party’s National Vice President Avinash Rai Khanna on Sunday in presence of party workers.

Parvatkar said that more than 1,000 workers would assemble in Panaji for a convention during which the name of new chief would be announced.

Tanavade’s appointment will culminate the tenure of Vinay Tendulkar who was elected as the chief of the party unit for consecutive two tenures –2012-2016 and till date.