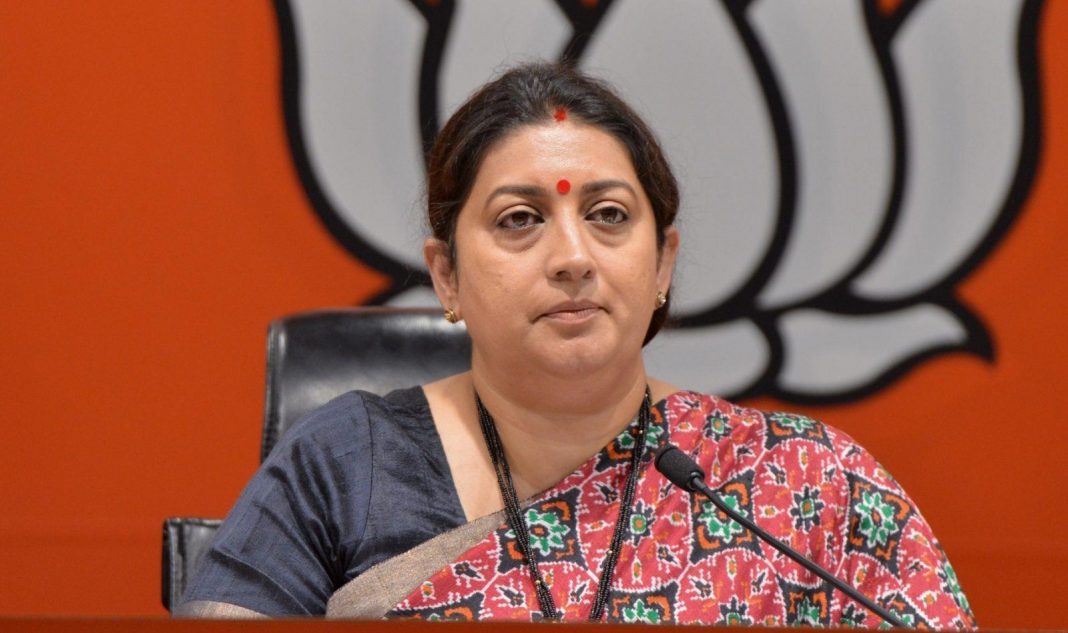 Taleigao: Union Women and Child Minister Smriti Irani on Saturday said that around 30 lakh women, mostly from the rural part of the country, have undergone screening for cervical cancer under central government’s flagship scheme.

The minister was in Goa to participate in the launch of Yashaswini Scheme for Women Entrepreneurship, Swasthya Sakhi Project and Breast Cancer screening.

Irani said that it is applaudable that rural women who are reluctant to go through screenings showed good response for the initiative of central government under Ayushman Bharat scheme.

“More than 30 lakh women have been screened for cervical cancer. Traditionally, the women from rural area were reluctant to go through the screening, but they have shown tremendous response for the government’s scheme,” she said.

She also said that 70 lakh poor women also got themselves screened for breast cancer under Ayushman Bharat scheme.

“This is for the first time in the history of India that countrymen are covered with the cover up to Rs five lakh financial help,” she said.

She said that the central government does not only announce the schemes for common people, but also achieve the targets under them (schemes) before the set deadline.

Talking about Ujwala scheme, she said that the goal of covering more than five crore families has been achieved much before the target.

The minister said the target of covering more than five crore households was set on March 2020, but it was achieved by September 2019 in which eight crore poor women have been provided clean cooking fuel.