RG members from mayem constituency meet ahead of poll next year 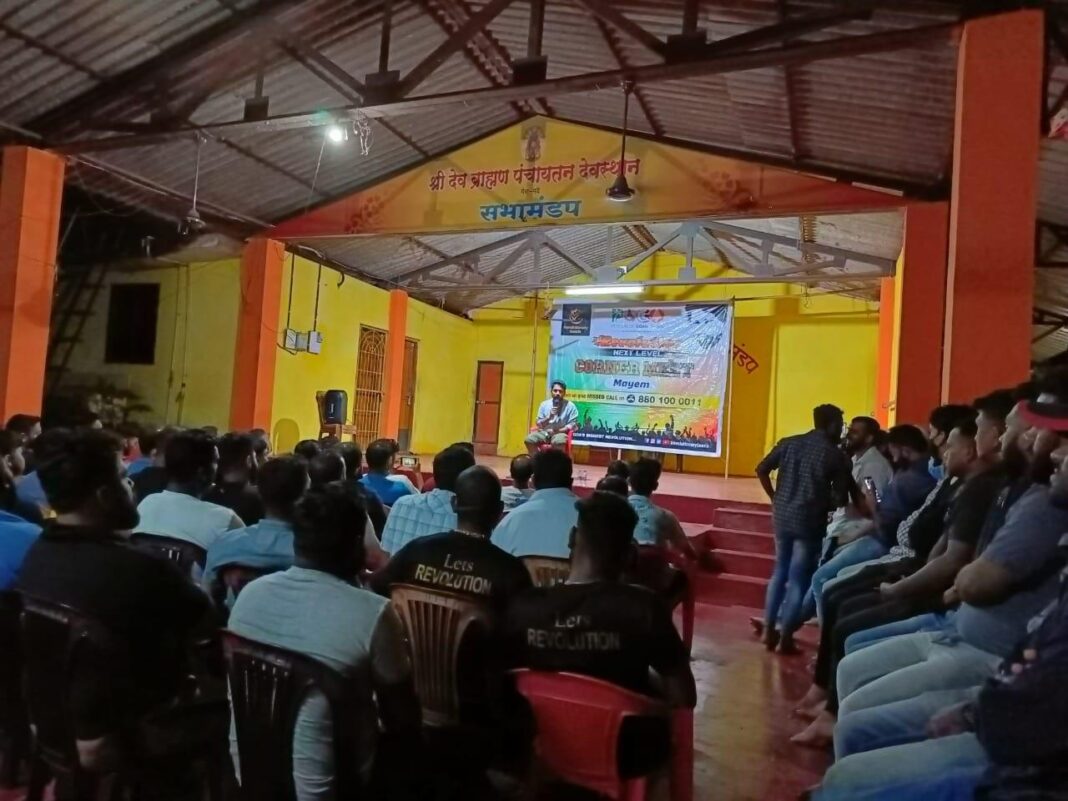 Panaji: Revolutionary Goans Chief, Manoj Parab and General Secretary, Shrikrishna Parab met the active members from across all the panchayats of Mayem constituency recently. This is the first time around 160 active members from the various panchayats came together to discuss the future course of action ahead of the poll next year.  This is an initiative to strengthen the organisation at the grassroots level.
RG Chief is now touring the state and holding meetings with members in all 40 constituencies to take a review of the party organisation at the grass root level ahead of 2022 polls.
While addressing the gathering, Manoj motivated the members to aggressively carry out door to door campaigns and spoke to them on the importance of doing the same. There was a question and answer session where the members put forth their doubts and ambiguities that were cleared by the RG Chief. One of the members raised the question of a suitable candidate for Mayem to which Manoj asked them who their choice was. He also praised the RG members who were on the field during the pandemic and floods.
On a regular basis, he also has a virtual meeting with the taluka level co-ordinators, which was constituted a few months back to mobilise the Revolutionary Goan membership in Goa. The political party formation process is in the final stage and should be completed by the first week of September.
One can recall that Revolutionary Goans had earlier alleged that for the last 15 years the BJP MLA’s from Mayem constituency have failed to keep pace with development and it has been totally neglected.  The BJP’s sitting MLA from Mayem, Pravin Zantye and prior to him Anant Shet who served for two terms have miserably failed the people who elected them.
Basic adequate civic amenities such as electricity, water connection, government health centres, public schools and roads remain a distant dream for the people from this area.  It has been three consecutive terms a BJP MLA has been elected in Mayem constituency.
- Advertisement -

Previous articleGoa must start mining operations immediately. Sawant must prove that GMDC is not another election jumla,: AAP
Next articlePoor maintenance of municipal vehicles yet another cause for poor waste management in Margao : SCM