Poor maintenance of municipal vehicles yet another cause for poor waste management in Margao : SCM 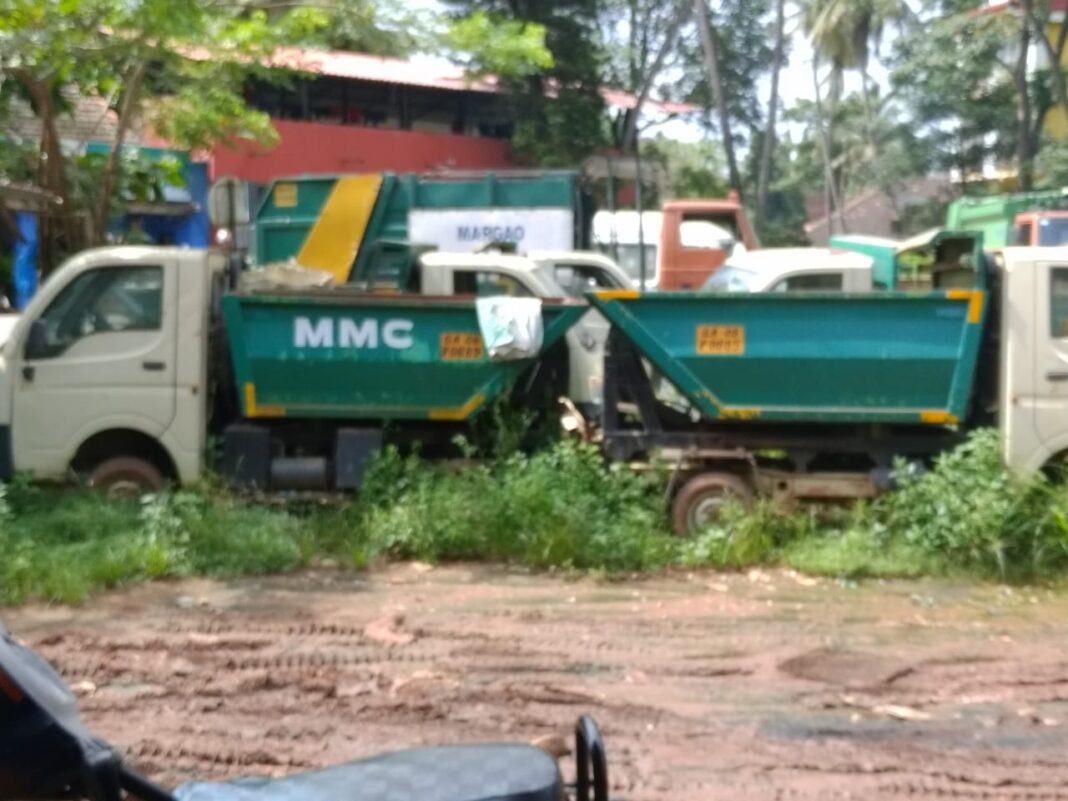 Margao : The Shadow Council for Margao (SCM) has alleged that poor maintenance of Municipal vehicles is yet another cause for waste management in Margao.
SCM Convenor Savio Coutinho said that the seven rickshaws of Margao Municipal Council are gathering rust and need timely upkeep
He further charged that there is a double loss for the public exchequer as drivers of the breakdown vehicles rightfully draw salaries even as their vehicles are not operative.
SCM alleged The deplorable vehicle management system of the Margao Municipal Council once again raised it’s ugly head.
7 rickshaws allotted to the MMC in 2016, Shockingly lie at the MMC garage at the old market gathering rust.
Coutinho said, It may be recalled that these 7  rickshaws were allotted to the MMC in June 2016, to facilitate the waste collection, specially along the narrow and poorly accessible areas. However till as late as December 2016, these vehicles were never put to use, compelling the Shadow Council for Margao to raise this wastage of public funds. It was also pointed out at that time, that due to the non functional vehicles, the mandatory free services could not be availed.
SCM Convener Mr. Savio Coutinho stated that according to information obtained from sources in the MMC, the vehicles are inoperative on account of batteries. Not satisfied with the justification,  Coutinho questioned how all the 7 vehicles developed the need for new batteries all together?
Coutinho lamented that things don’t appear to be well at the garage of the MMC inspite of having half a dozen of workmen including an automobile engineer for the upkeep of the Municipal vehicles.
“We hear some amusing things about the mechanic there, who refuses to believe that one cannot avoid getting his hands stained in a garage during the repair of vehicles”, Coutinho stated further.
SCM demanded from the Council that proper attention be given to the upkeep of the Municipal vehicles as frequent breakdowns not only is a monetary liability to the MMC, but this also hampers the waste management system of the city.
SCM has further suggested that the Council maintain separate files for each vehicle so as to understand which of the vehicle is turning to be a white elephant respect to operation and maintenance.
- Advertisement -

Previous articleRG members from mayem constituency meet ahead of poll next year
Next article122 new infections, two died due to covid-19 in Goa on Saturday