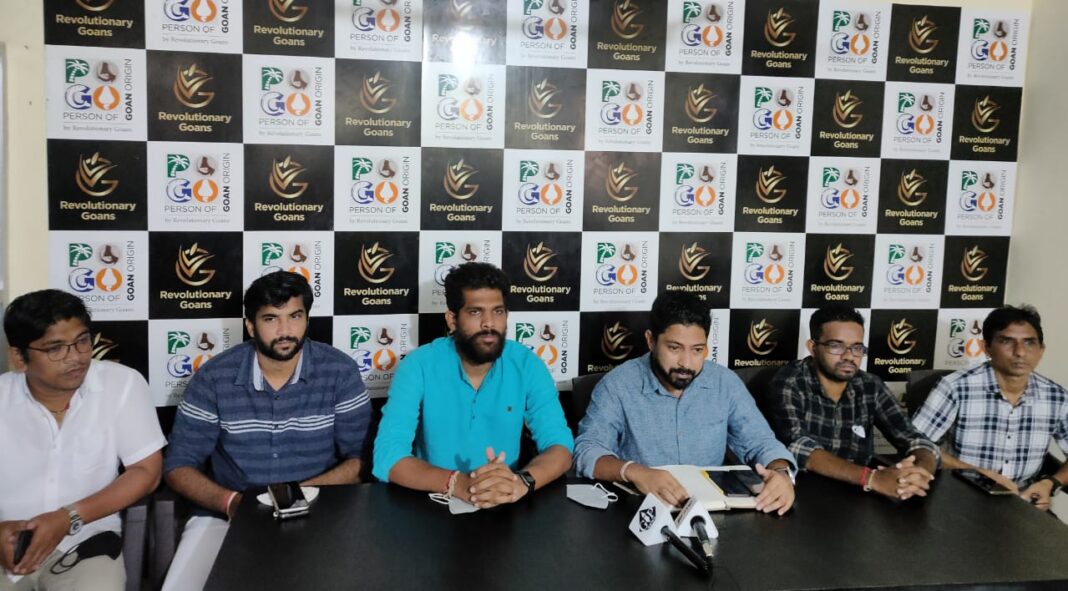 Panaji: Chief Minister Pramod Sawant’s announcement that 10,000 government jobs will be created is a pre-election stunt prior to the upcoming assembly elections, said Revolutionary Goans Chief, Manoj Parab while addressing the media at Caranzalem on Wednesday.
Today we have over 1 lakh unemployed youth in the state.

Revolutionary Goans opine that the BJP led government is trying to use this 10,000 job vacancy announcement every time there is an election in order to influence the voters.

“He had made a similar announcement in November before the Municipal elections and Zilla Polls as well. Seven months later, we know what the reality is. In order to fill 10,000 vacant jobs over Rs. 250- 300 crores annually will have to be borne. Has a budgetary provision for salaries already been made during this pandemic time when everyone know that the government’s financial situation is unstable?,” asked Manoj.

Everyone knows how merit is ignored and favouritism is adopted in giving jobs. If these jobs are really created, will it be given on merit basis or like always, the minister’s will fill the posts from their respective constituencies?

“These jobs that are going to be created will there be on a permanent or contract basis. Which departments these vacancies will be created has to be made clear. They need to make sure that these jobs are given to People of Goan Origin (POGO) and not migrants with a mere 15 year’s residence certificate,” stated Manoj.

In the 2012 BJP manifesto, the party promised an unemployment allowance of Rs 3,000 to Rs 4,500 per month under the minimum employment assurance scheme. While the party manifesto released in 2017 promised that it will make the state “unemployment free” in five years if voted to power again.

Few months ago, CM himself pointed out that there was a need to study the reason behind the high unemployment rate as the private sector was struggling to get skilled workers in Goa.

“Sawant also said that many youth in Goa are unemployed and he is worried about them. If you are really worried then get up and do something about it. If you remember our former CM late Manohat Parrikar was working towards a scheme and said an assistance of Rs 3,000-4,500 per month would be given to unemployed youth. Why not implement this if the BJP led government is really worried,” remarked Manoj.

Revolutionary Goans has cautioned the BJP-led government that they will keep a close watch on the vacancies created and the recruitment process.

By no means will they allow the government to further destroy the future of the local youth.