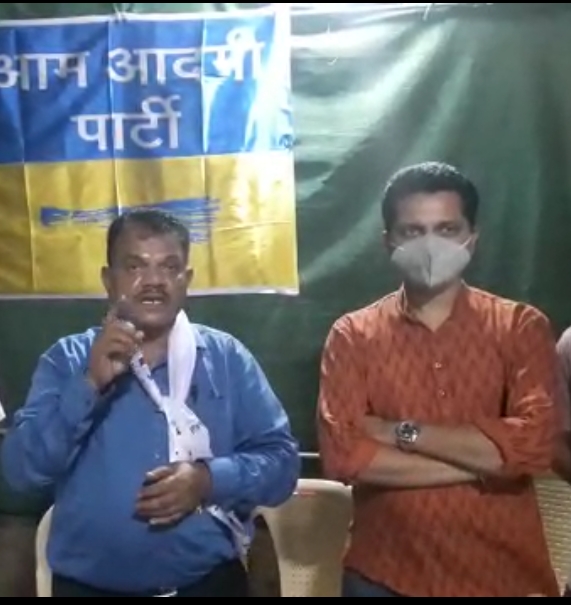 In a meeting attended by a large number of residents at Dattagadh Bethoda AAP Leader Mahadev Naik reached out to residents as part of a campaign to ensure all Goenkars are aware of Arvind Kejriwal’s first guarantee of 24/7 free electricity. The residents of Dattagadh expressed their support for AAP and the Kejriwal model. Residents shared how the BJP Govt has failed them and common Goenkars. The meeting was also attended by AAP Goa Vice President Surel Tilve

Residents shared with AAP leaders how the BJP sarkar has failed on law and order especially regarding women safety and expressed alarm against rising crimes against women. The overall feeling was that criminals are being emboldened in Goa as the Govt is sleeping and doesn’t care. Another common complaint was that schemes announced and promoted by the Sawant Sarkar were not reaching those who need it. This coupled with high unemployment is causing concern amongst Goenkars.

“Goenkars are concerned as they feel unsafe in their own Goa. Daily the Law and order situation in Goa is worsening. Even welfare schemes which BJP makes big statements about are not working. Many beneficiaries are getting money from these schemes only after 5 months! How is a common Goenkar supposed to live in these tough times?” said AAP Leader Mahadev Naik.

“There is also a lot of anger amongst the Bahujan Samaj as the youth are not getting jobs. The biggest example is how 1.5lakh youth in Goa have applied for jobs with the Govt but the Govt is assuring only 10,000 jobs of which they won’t even fulfil a 1000. Every time BJP leaders come to Bahujan youth and ply them with fake promises of jobs that never materialise. After years of betrayal Goenkars have realise that only AAP can provide them with a future they deserve.” added Naik.