Remember the infamous tiger killing of Keri in 2009 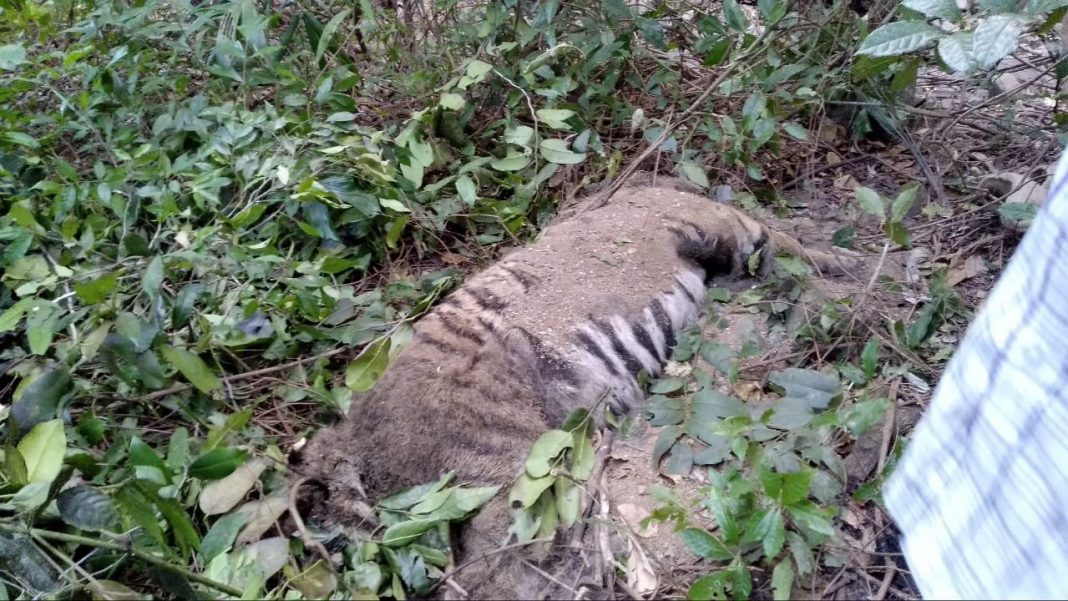 Valpoi: While Goa Forest department officials are waiting for the postmortem report to know the cause of death of Royal Bengal Tiger who was found dead in state’s Sattari area, the incident is a grim reminder of similar instance in 2009 when a group of villagers were charge-sheeted for killing the wild cat in the same taluka.

A tiger was found dead on Sunday inside Mahadayi Wildlife Sanctuary near Thane-Dongurli village panchayat in Sattari taluka in North Goa.

The forest department officials had claimed that the wild cat had died four to five days back.

“The postmortem will be conducted on the carcass only after which the exact cause of death can be known,” a senior Forest department official said, refusing to get quoted.

The department has already begun investigations after booking the offence under Wildlife Protection Act, 1972 against the unknown persons.

State-based environmentalist Rajendra Kekar said on Monday that the corpse on Sunday was found when group of villagers were travelling through the forest on their way to perform an annual religious ritual on a water cave.

“The villagers immediately alerted the forest department officials as the stench of carcass had filled the air, ” he said adding that the carcass was hidden by covering it with the sand.

“Incidentally, the area where tiger was found dead, is under Forest department’s surveillance through their guards as it is the spot where, during the census, the department had spotted a tigress moving around with her cubs,” Kerkar said.

He said that the wild cat, which was killed, was a male aged between two to four years.

This is the second such incident reported in Sattari taluka, which is nestled around Mahadayi Wildlife Sanctuary, a home to the Royal Bengal Tigers.

The Forest Department officials in 2009 had arrested a group of villagers in Keri, Sattari for killing tiger and “trying to hide the evidences.”

Kerkar, who had exposed the Keri tiger killing then, said that the accused are already charge-sheeted before the local court, which is hearing the case.

“The locals, on the other hand, had falsely implicated forest department officials of harassing them. The officers were doing their duty of questioning the suspects, as tiger killing is a heinous crime,” he said.