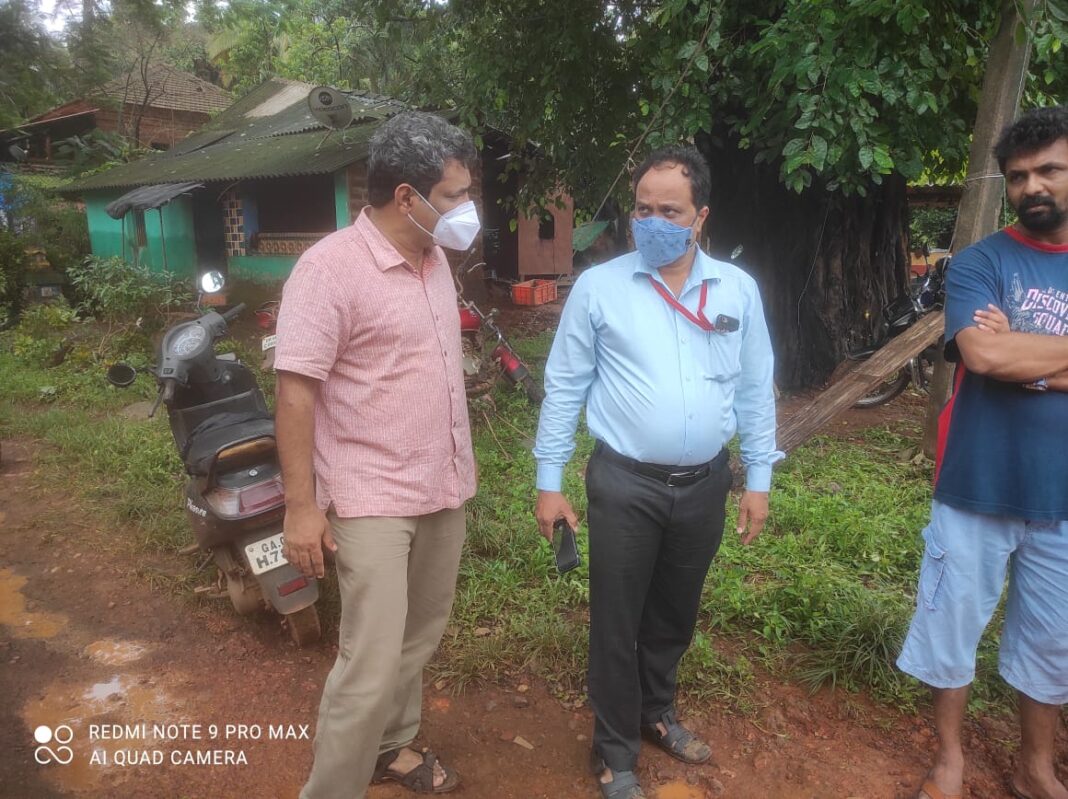 AAP visits flood impacted villages in Sattari, finds complete collapse of Govt Machinery
A day after floods ravaged Goa, an AAP team led by Goa Convenor Rahul Mhambre revisited flood impacted Sattari & Valpoi to both assess and aid flood impacted residents. What AAP realized is that the villages have seen a complete breakdown of Govt machinery and were left fend for themselves. The Aam Aadmi party immediately swung into action and begun providing ration and other necessities to those impacted. The sole blame falls on Pramod Sawant who despite empty reassurances, was too busy with the party high command in Delhi to evacuate or even warn villages to be safe despite the IMD Orange warning. This has led to massive destruction of property including houses, agricultural land and assets that are part of Goans lifelong savings. 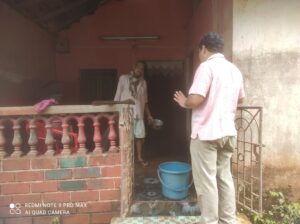 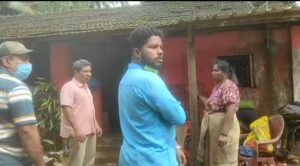 In conversation with villagers it was revealed that the Govt had not even communicated to them that there was an orange warning from the IMD. Many villagers stated that a lot of losses could have been avoided had they been warned and they had been able to move to safety. Many houses are now too dangerous to move back into until they are checked structurally by the fire dept or copetent authorities. What’s shocking is that even after the disaster there has been no arrangement of lodging as there are no community halls. The flood affected have been depending on the kindness of their relatives & neighboring villages . What is being witnessed is a govt built humanitarian disaster
The AAP teams on the ground have been meeting residents and providing them with aid in the form of ration and drinking water apart from co-ordinating with the Malatdar and bureaucracy by AAP Goa Convenor Rahul Mhambre. 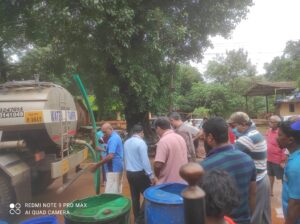 “The scale of unnecessary destruction is massive,” said Rahul Mhambre AAP Goa Convenor. “Agricultural land has been lost as well as houses damaged along with everything inside, for most Goans this is their lifes savings. This tragedy could have completely been mitigated had villagers been warned on time about the Orange warning” added Mhambre
Apart from Mhambre, teams were led by AAP Spokesperson Valmiki Naik and leaders Shubham Shivolkar and Pujan Malwankar. AAP Goa Vice President Surel Tilve and leader Sandesh Telekar Dessai also led teams to the villages and areas around Ponda.