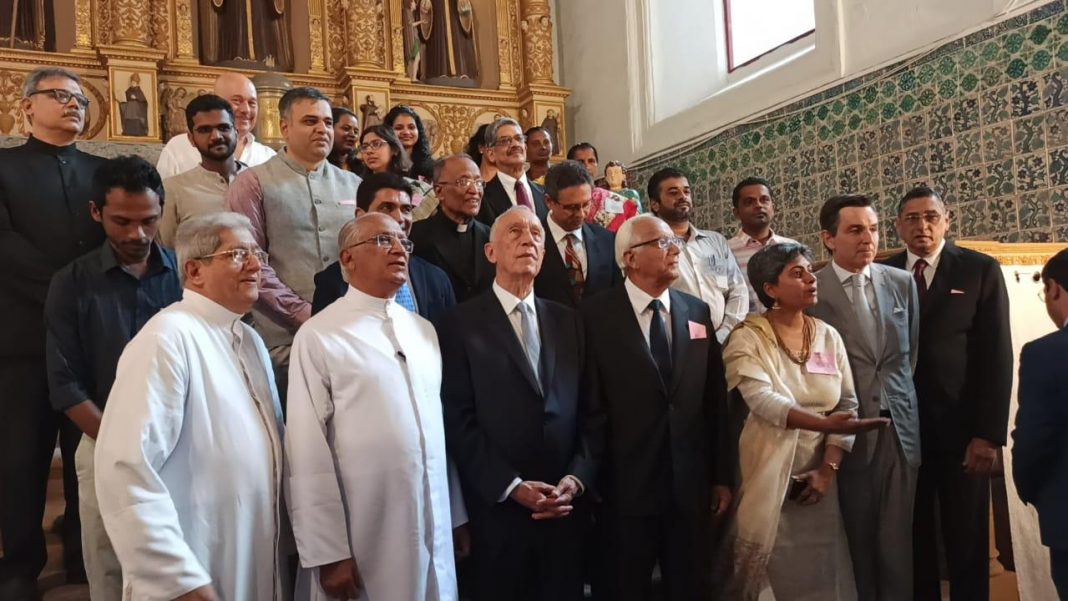 The President paid visit to Basilica of Bom Jesus, where the relics of St Francis Xavier are preserved. He also paid visit to Institute Mater Dei Santa Monica, a Church in the Old Goa heritage complex.

All the structures are part of the complex certified as world heritage monuments by UNESCO at Old Goa, nine kms away from Panaji.

“During his visit to Basilica, he prayed to the relics of St Francis Xavier and went around to see the building which was constructed in the year 1605,” Fr Patricio Fernandes, Rector of Basilica told reporters.

He said that the President was “impressed” with the structure and spiritual aspect of the Basilica, which has been known for having healing powers.

“I also showed him the cascade which has the relics of St Francis Xavier,” he said. The relics of Spanish saint are revered across the world by faithfuls.