Payment of  crores of rupees to “consultants” by the government indicates first part of the master plan is a “success.”: AAP 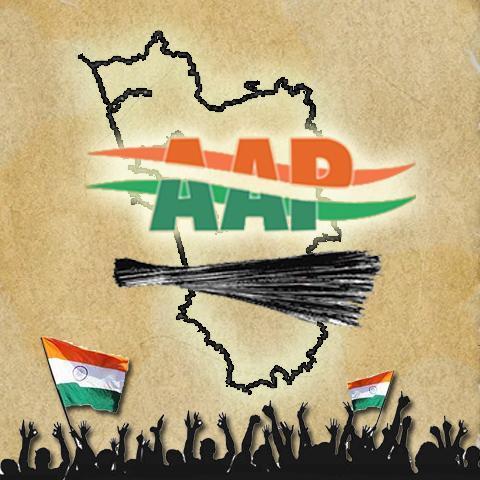 Terming the draft Tourism Master Plan as of the Rich,  by the Rich and for the rich, The Aam Aadmi Party Goa volunteers today protested at the tourism department against the draft tourism plan that AAP claimed has been successfully implemented in the first phase. AAP leader on environment Sidhart Karapurkar, addressing the media, commented sarcastically that the first part of the plan was to pay a whopping amount of around `3 crores to the consultant. Karapurkar said that it wasn’t surprising in Goa anymore that over `3 crores of tax-payers money has been spent on consultant fees to prepare this “piece of paper,” without even involving the people who are the main stakeholders. He also said that an equal amount has been spent on preparing a consultants report on beach cleaning .

“It’s a norm with the government to get consultants and pay whopping amounts in crores and then to ‘misgovern’ on the basis of what these outsiders say, without hearing the voice of the people. Everyone knows that cost is indicated on the back cover or inner cover of any book. But here, the cost of this draft book is kept ‘under cover’ for obvious reasons. Those at the helm in the Government as well as the consultants are happy with the success of the first part,”said Karapurkar. He further raised a barrage of questions asking: “Why shouldn’t the Government let the Aam Aadmi of Goa know how much  of their taxes have gone to pay the consultants for the draft? And why did the consultants not consult the grassroots democratic Constitutional institutions such as Panchayats and Municipalities ? Do we need to be taught how to clean beaches by bringing consultants to prepare plans worth `3 crores?“ Karapurkar further stated that the Manohar Parrikar-led government had turned out to be the most corrupt government Goa had ever seen.

Karapurkar informed the press that AAP has placed written submissions before the director of tourism and the Chief Minister opposing the plan and demanding that the same be drawn afresh by bringing it before the people throughout Goa, since it will have an impact on the existence or extinction of the very Goans, in whose favour the Government misleadingly claims to have drawn it.  “For the Aam Aadmi Party Goa, it is an attack on the concept of Swaraj as it totally disregards the existence of local indigenous Goans, and has only kept the interests of the rich businessmen of non-Goan origin in mind, allowing them privileges to further destroy agricultural and ecologically-sensitive land, and cause irreversible damage to the culture, heritage and natural beauty of Goa,” said Karapurkar.   .

Singling out the case of Vasco da Gama featuring in the plan for cruise tourism development, Karapurkar said that the consultants poor level of understanding was clear as the plan did not take into account the massive pollution caused by the import of coal in the port and wondered whether cruise tourists would be be brought under clouds of coal dust .

He further said that the draft is anti-Goa and anti-people, as it has been prepared at the behest of the rich business class eyeing more of Goa’s land even if it means violation of the laws of the land, which has now become easy with the present Government being either absent, or busy in protecting formalin agents. “We have demanded that the plan be drawn afresh in consultation with the people. Let the focus be on the people of Goa and not rich hoteliers. Forget consulting with people, there has been no consultation done with the many linked departments within the government itself, which enforce various other laws and policies. The plan has been drawn in total disregard to CRZ , TCP, Forest, Land use, comunidades laws. It doesn’t speak of the impact of Casinos,” said Karapurkar further stating that AAP Goa was firm in its stand to work under the guiding principle of Swaraj and uproot the evil forces that had engulfed Goa.

Meanwhile AAP General Secretary Pradeep Padgaonkar said that AAP’s repeated stand that goa is functioning under an absent government was proved today with every officer found absent leaving no option but to hand over the memorandum to the reception counter in the Tourism department.” It was clear that everyone in Tourism department had gone for a tour” said Padgaonkar.