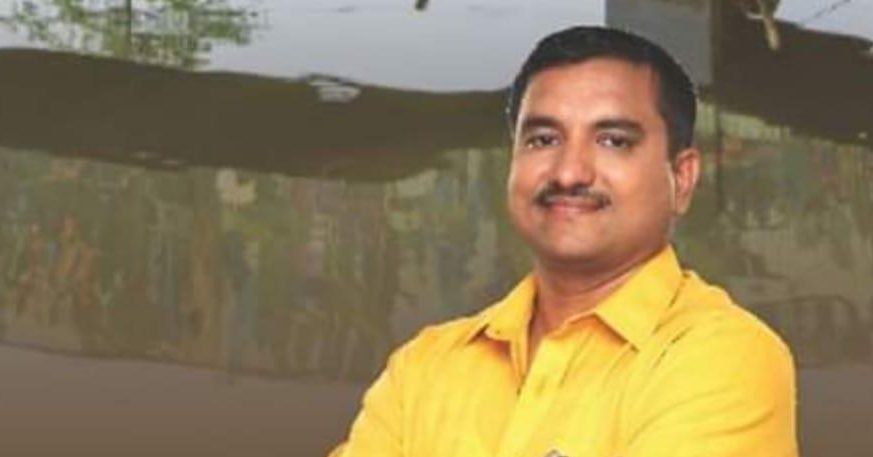 Panaji Judicial Magistrate First Class (JMFC) Artikumari Naik declared former Panaji MLA Sidharth Kuncalienkar as hostile while he was deposing as a witness in the cheque bouncing case filed by a Merces youth Mervin Fernandes represented by Adv. Aires Rodrigues against Vinod Desai who allegedly with the blessings of the BJP leaders duped a lot of job seekers while promising them government jobs.

After Sidharth Kuncalienkar deposed in Court that he does know Vinod Desai and that he can’t recollect having ever met him, Adv. Rodrigues submitted to the Court eight photographs of the accused Vinod Desai very closely interacting with then Panaji MLA Sidharth Kunkalienkar at BJP occasions while also informing the Court that Vinod Desai headed the party booth panel at Sao Pedro which forms part of the Panaji Assembly Constituency.

Adv. Rodrigues pointed out to the Court that it was outrageous and unpardonable that Goa’s former law maker Sidharth Kuncalienkar was now caught red handed lying to the Court while deposing on Oath. Adv. Rodrigues further submitted that no Court could be a mere spectator to this.

Vinod Desai a resident of Old Goa while flaunting his close connection with BJP politicians reportedly over the last few years duped hundreds of young job seekers to the tune of crores of rupees. He posted on social media his picture in the company of politicians including late Manohar Parrikar and former Panaji MLA Sidharth Kunkalienkar.

Vinod Desai while allegedly working in the office of  Union Minister Shripad Naik at Sao Pedro had promised Mervin Fernandes a government job at the Secretariat on payment of six lakhs and had taken an advance of two lakhs.

In November last year Mervin Fernandes represented by Adv. Aires Rodrigues initiated criminal proceedings for cheque bouncing against Vinod Desai before the Panaji Court in which Union Minister Sripad Naik has already been examined as a witness and now Sidharth Kuncalienkar is under examination.

Previous articleHardly 1.07cr from DMF spent in mining areas so far; water supply the only project
Next articleGovt to seek further six months time before NGT for CZMP