Outrage against Congressisation of BJP in Goa from within 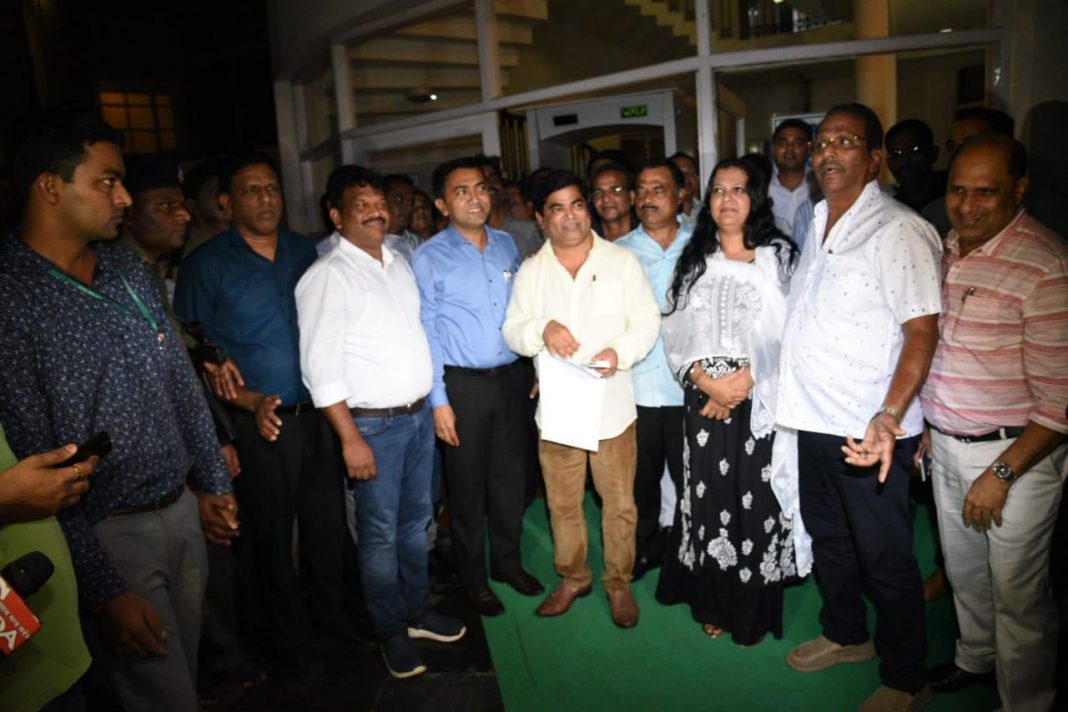 Panaji:  BJP’s action of inducting ten Congress MLAs into the party fold has not gone down well with several of its leaders who have expressed their displeasure over it.

Former chief minister Manohar Parrikar’s son, Utpal, had also reacted sharply to the political development stressing that the commitment given to the coalition partners while forming the government should be honoured.

“The words like trust and commitment which were core of BJP during Manohar Parrikar’s time ceased to exist on March 17 (when he expired),” Utpal reacted.

Utpal said that the commitment given to the coalition partners during formation of Manohar Parrikar-led government in 2017 should be honoured.

He said that the party has taken new direction after March 17 and only time will tell whether it is a right one. Utpal said that he would be with the old party workers, and continue to be in BJP.

Former Goa BJP Chief Rajendra Arlekar told reporters that he has been disturbed over the entire episode. “Countless BJP workers from the state are calling me to know the exact rationale behind such a decision,” he said.

“Local unit of the party is proceeding on totally incorrect path.

We cannot endorse expansion of the party in such a fashion,” Arlekar, who is former State Environment minister, added.

Induction of leader like Atanasio Monserratte who had defeated BJP candidate Siddharth Kunkolienkar in party’s bastion of Panaji Assembly constituency during recently held by-election has been bone of contention for the party leaders and sympathizers.

Monserratte who is chargesheeted for raping minor girl in the year 2016 was targeted by BJP during the election campaign over his character.

“People are asking why I am so angry about @BJP4India accepting filth like accused rapist Monserrat into the party in Goa. My dad gave a full decade of his fighting the Portuguese. Did he do it so @DrPramodPSawant could pedophile perverts into the party that claims to be different?,” questioned BJP ideologue and writer Shefali Vaidya in her tweet.

Vaidya has been vocal about issues of Goa through her writings and also on social media.

Giriraj Pai Vernekar, a former aide of Parrikar, has taken on social media that “in post bhai (Parrikar) scenario, we were already feeling lost.”

“This has assured us that the BJP we supported because of Manohar Parrikar is merely a replica of the Congress, within months of his sad demise,” he has posted.

“I have repeatedly said that Goa BJP needs new leadership at the organistion level and today, I stand vindicated. It is time we identify traitors within the party and hunt them down,” Vernekar has added.

Share
Facebook
Twitter
WhatsApp
Linkedin
ReddIt
Email
Print
Telegram
Previous articleGoa Forward Party is with the govt in good and bad times
Next articleI don’t see the reason behind this move; we had majority with support of allies- Cabral