Opposing BJP does not mean opposition to Hindus: RSS 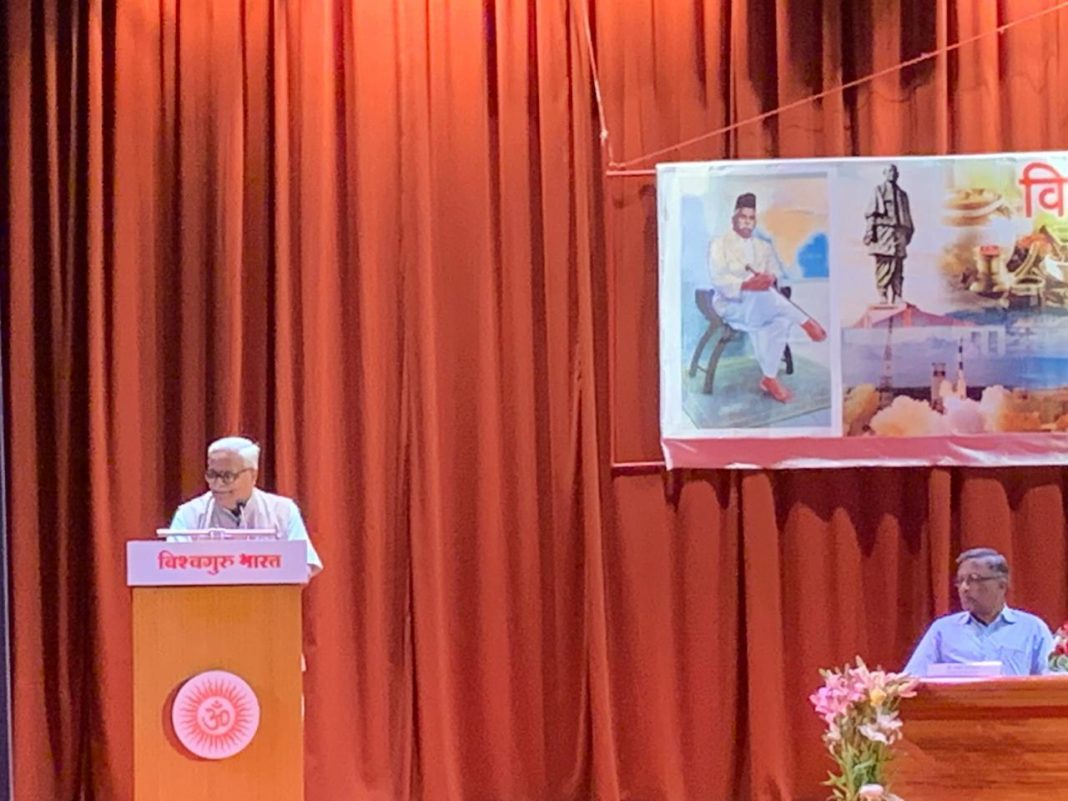 “We should not consider opposition to BJP as opposition to Hindu. It is a political fight that will continue. That should not be linked with Hindu,” he said responding to a question on “why Hindus are becoming enemy of Hindu community.”

The RSS ideologue was addressing a gathering at Dona Paula, near here on Sunday. He was responding to the questions received by local organizers addressed to him.

“A Hindu fights against a fellow (Hindu) is because they forget the religion. Even Chhatrapati Shivaji Maharaj faced opposition from his own family,” he commented.

“Where there is confusion and self centered behaviour, there is opposition,” he commented.

“Some claim that Vivekananda’s Hindutva is good not that of Vinayak Savarkar.  What is the base for such claims?,” he questioned.

Joshi said that the communist rulers in West Bengal claim that they are against Hindus but when it comes to heading Durga Puja mandals, they always are in the forefront.

Similar is the situation in Kerala, where communists want to be President of temple committee, he said.

Joshi adviced that Hindus should lift themselves from politics.

Responding to a question, Joshi said that the people from all the communities are welcome to join sangh “but they will not get any separate position.”

He said that those who believe in ideology of Sangh can join and they would be given “respectable position but not separate position.”

He also said that those who join sangh should be ready to say ‘Bharat Mata Ki Jai’ and if they resist saying that then they cannot be accepted.

“Sangh has given position to everyone. Whoever wants to come to sangh they aee welcome. We never stopped non-Hindus from joining sangh,” he said.

“It is true that we have concentrated on Hindus. But if someone from Christian community or muslim agrees with sangh’s ideology, they can join sangh,” Joshi added.

He further said “after joining Sangh, if they are reluctant to say Bharat Mata Ki Jai, then we will say that you don’t consider ‘Bharat’ as your mother, so you don’t deserve to be here.”

Joshi said that in the states like UP, there are so many muslims who have joined sangh.

“If any non-Hindu joins Sangh, they will get position as much as any Hindu gets. They wont get a separate position. Whoever joins will get respectable position but not different position,” he commented.

Responding to yet another question, Joshi said that the government servants are not banned from joining sangh, though they are barred from becoming part of political movements.

“Unfortunately, in our country, if you speak about country’s welfare and possible threats, it is considered as political thinking.  When I live in the country, don’t I have a right to speak about the country?,” he questioned.

Joshi said that there is no example of any government servant losing their job for joining sangh, but there are ample examples where they have been harassed for being part of the RSS.

Further answering another question, Joshi said that Hindus cannot be considered as communal as the religion does not believe in single religious book or single God.

“Let them define the word communal. Communal has become a bad word these days. we believe that Hindu can never be communal in the country,” he said.

“It is wrong to consider Hindus as communal or those who work for Hindu religion. We don’t believe in singular religious book (granth), singular God .. we have to ask them what is the definition of communal,” he said.