Satara tourist died at Baga after his somersault went wrong 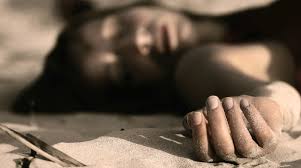 Baga: Maharashtra-based tourist died after he fell down on his head during somersault at Baga beach on Sunday.

Calangute police said that Balu Shinde, 40, from Maharashtra died after he fell on his head during somersault at Baga beach. The deceased was playing on Baga beach along with seven other of his colleagues on Sunday morning when incident happened.

Police said that the lifeguards tried to provide medical help to the deceased at the beach, but as he could not recover, he was shifted to state run Azilo Hospital in Mapusa town,  where he was declared dead.