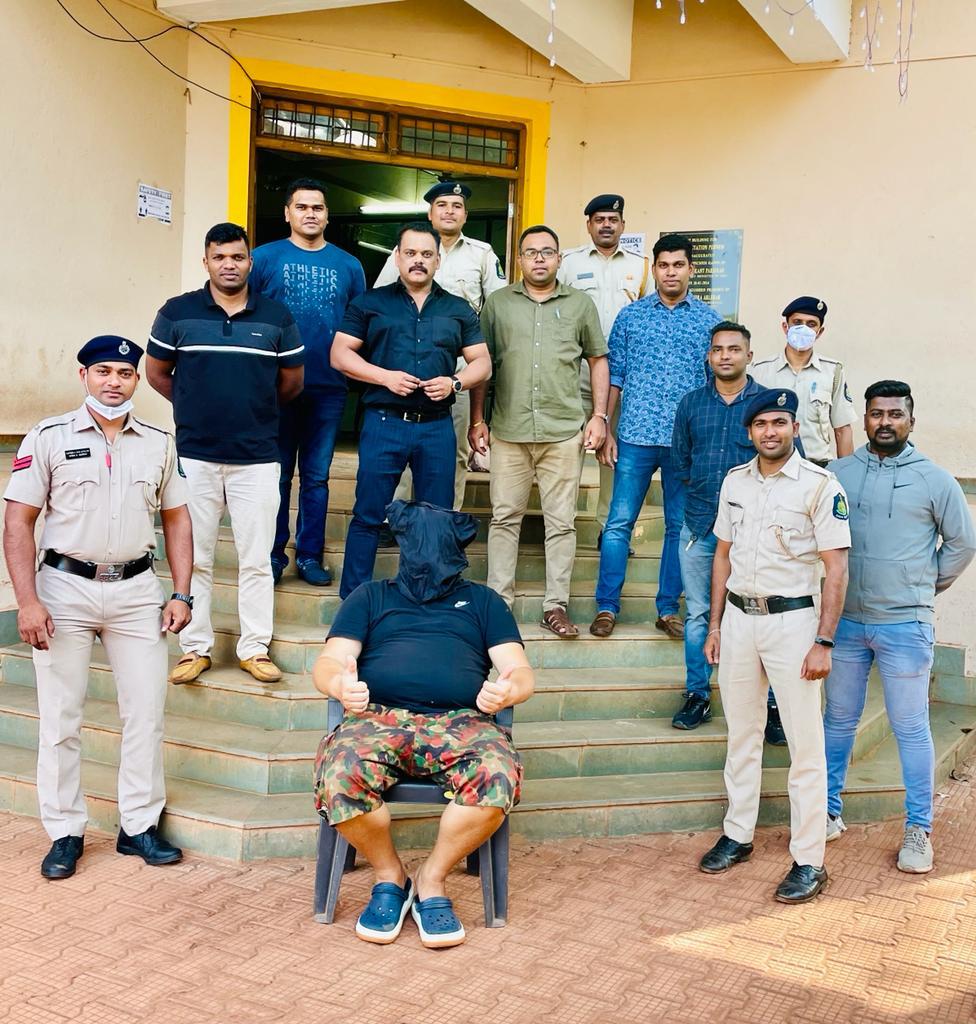 Today PI Pernem Jivba Dalvi received specific information from his sources that one Russian national namely has concealed narcotic drugs in his rented room at Madhlawada, Morjim which will be delivering narcotic drugs to his prospective customers.

The said Russian was taken into custody.
Pernem police station have registered Crime u/s 20(b)(ii) (B) of NDPS act 1985.

Further investigation is in progress under the supervision of SDPO Pernem Shri. Salim Shaikh and SP North Shri.Shobit Saxena.