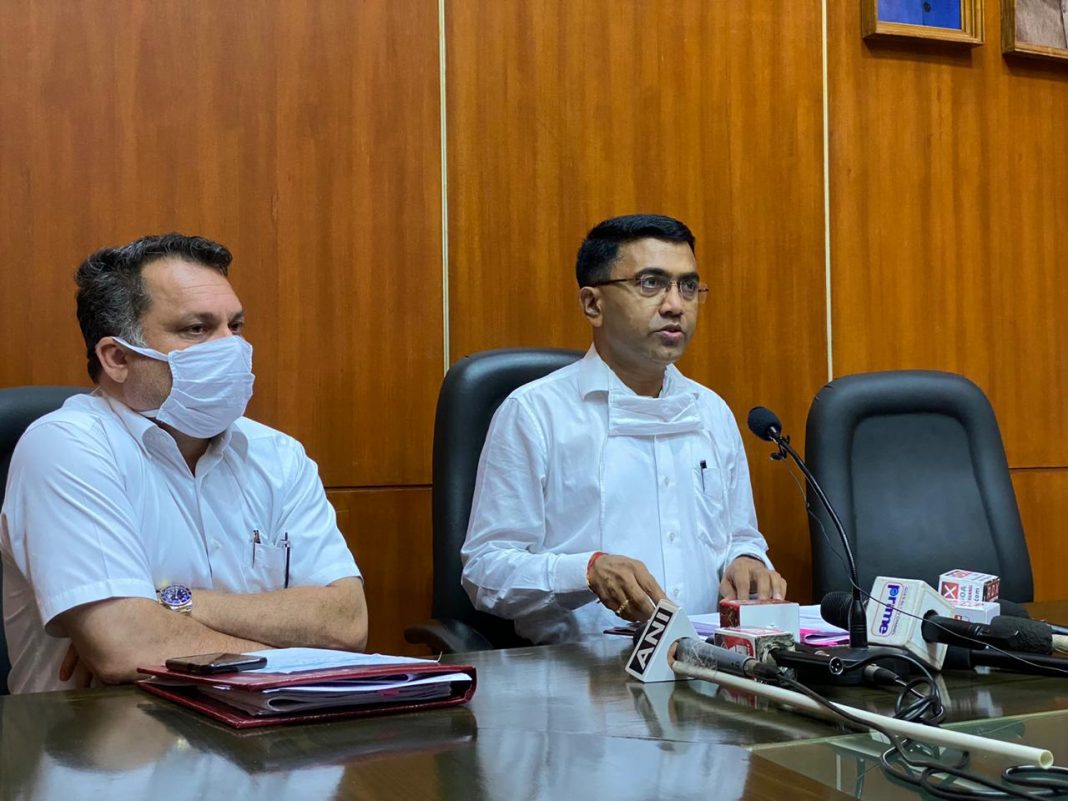 Panaji: Goa government on Wednesday tweaked its Standard Operating Procedure (SOP) for the people entering in the state, making it mandatory for them to carry covid negative certificate or get themselves tested.

State chief minister Pramod Sawant told reporters after chairing the State cabinet meeting that the people entering in Goa through rail, road or flight will have to carry COVID-19 certificate or get themselves tested after their arrival for the infection.

The SOP which was implemented since Monday in the state had third option of voluntary home quarantine for 14 days, which has been done away from Wednesday onwards, he said.

The chief minister said that the testing capacity of the state is around 1,000 for 24 hours, due to which the option of voluntary home quarantine was given for the new arrivals.

“But we realized that many flights were cancelled and around 1,000 people are arriving in the state,” he said justifying the re-tweaking of the SOP.

Responding to a question, the chief minister refuted allegations that Goans working on ships were discriminated by making them pay for their seven-day-long quarantine once they return.

“The Union Ministry of Home Affairs guidelines makes it mandatory for the people who have arrived from abroad to undergo paid quarantine,” he said adding that it is not just people working on the ship that undergo such a procedure.

Previous articleCSIR-IIIM, RIL to develop and scale-up new COVID-19 diagnostic test
Next articleYou can’t ask me like this”, Philip Neri Rodrigues shot back