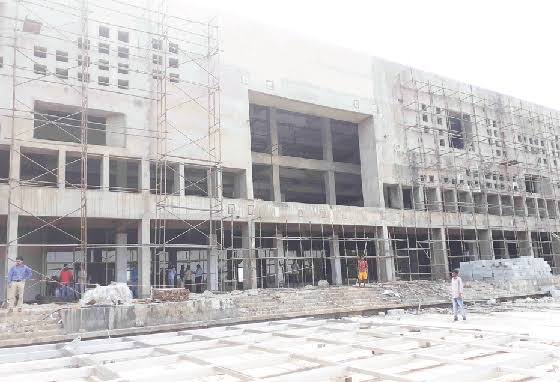 Panaji : New High Court building of the Hon’ble High Court of Bombay at Goa is set to be inaugurate on 27th of March 2021. The Hon’ble Chief justice has declared 26th March as a holiday for District and Subordinate courts as well as their offices in North Goa. The new High court building is situated at Penha De Franca, Porvorim.
In lieu of the holiday, 2nd Saturday, the 0th of May 2021 is declared as a working day for the District and Subordinate courts and their offices in the North Goa.
Irshad Agha the Principal District Judge and Sessions Judge of North Goa also informed that matters listed in daily boards on 26th March 2021 by the District and Subordinate courts in the North Goa District will be taken up for hearing on the next working day.
Share
Facebook
Twitter
WhatsApp
Linkedin
ReddIt
Email
Print
Telegram

Previous articleI have faith in the vision of Babush Monserratte: Aditi Chopdekar
Next articleAfter diluting the powers of Goa Lokayukta, the Govt. now wants me to give consent to appointment of new Lokayukta: Digambar kamat