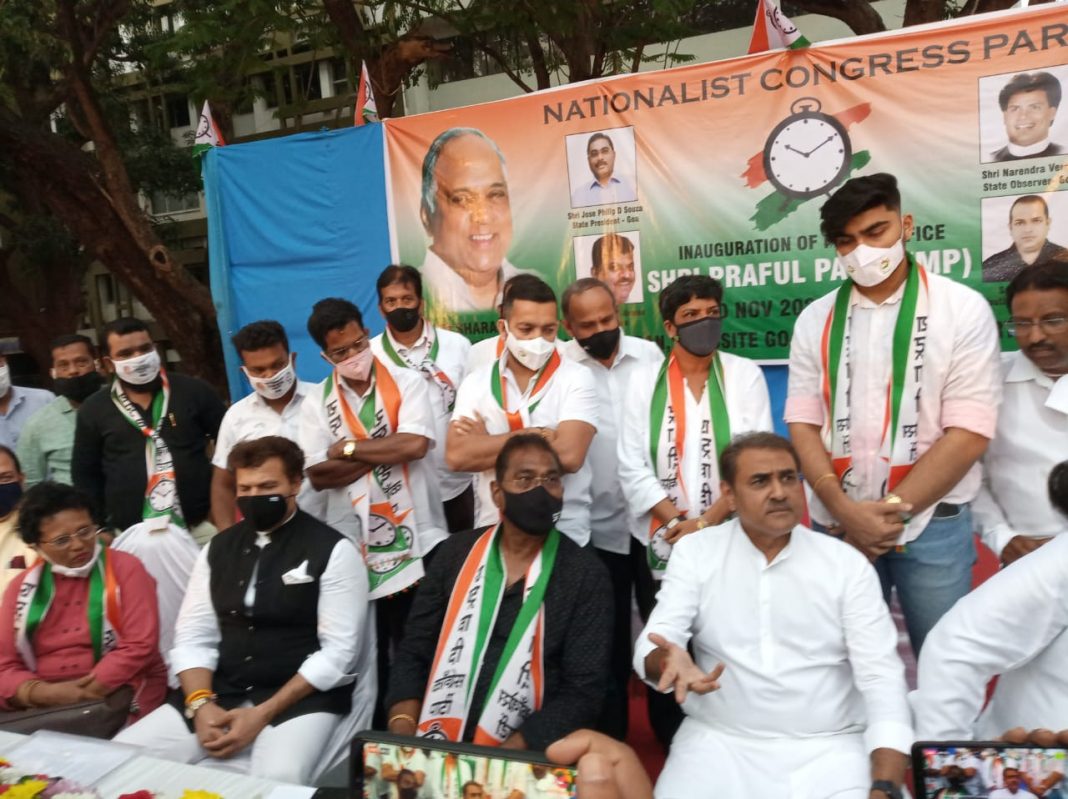 Panaji: The sudden interest of Nationalist Congress Party (NCP) in Goa’s politics seems to be an attempt to create an option for those leaders, who fail to get Congress ticket during the upcoming Goa election. NCP leader Prafulla Patel during his Sunday visit to the state has not ruled out the possibility of contesting next election with “some of the sitting MLAs on the panel.” The Sharad Pawar-led party has thought of forming pre-poll alliance with Congress.

There is no formal commitment from BJP for all the 10 MLAs that they will get party ticket during next election. Their problems are doubled as in many places, mostly in Catholic dominated constituencies, these MLAs are finding it difficult to get elected on the basis of Lotus Symbol. The Congress party has already shut doors for them.

In these circumstances, the backdoor entry on NCP symbol is possible for these MLAs provided there is a pre-poll alliance. This seems to be possible only in few constituencies at many places, Congress has already searched for an alternative. Cuncolim Assembly constituency is one such place where Congress has zeroed in on Yuri Alemao, son of former minister Joaquim Alemao.

Is Churchill Alemao trying to increase his power of negotiating?

Former CM and Benaulim MLA Churchill Alemao has been in- and-out of the Congress party in the past. He contested on NCP ticket not by choice but he had no other alternative during the last election. Alemao won Benaulim on his own recognition and merits. He never tried to increase might of NCP in the state. The pre-poll alliance might give him more power to bargain during next election. The person who was knocking doors asking for ticket, his role would be actually to distribute the tickets.

After being rumoured to have been joining Goa Forward Party, Jose Philip D’Souza still stuck to his political ideology and remained with NCP. The former minister is desperate to make his comeback in the Goa Legislative Assembly. Pre-poll alliance is a major hope for him to win in his constituency