Mopa Airport will give boost to tourism:Governor 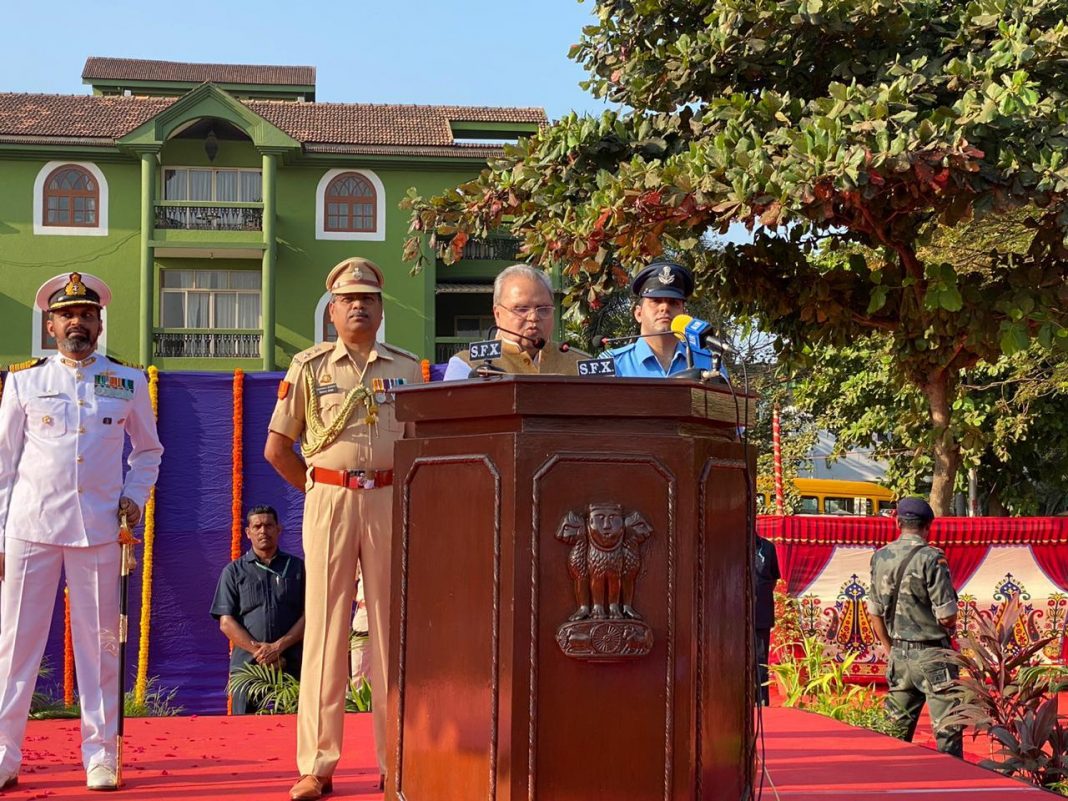 “Goa will soon get its international airport which will boost the tourism industry in the state,”  the Governor said referring to the International Airport at Mopa in North Goa, whose first phase is expected to be completed in the year 2022.

He said that Goa is creating new avenues of growth through infrastructure for tourism industry.

Pointing out that Law and Order situation in the State was “much better”, Governor said that the crime rate has declined by 10.4 percent in the year 2019 while detection rate has increased to 86 per cent in the same year from 82 per cent in 2018 due to adequate staffing and implementation of various measures.

The Governor said that the State has collected Rs 2,552.40 crore till December 2019 in the form of GST while during the same period, Rs 351.55 crore has been earned as Excise Tax.

The Governor lauded achievements of the coastal state on various fronts including Swacch Bharat Mission.

The Governor pointed out that State government has achieved several milestones including being Open Defecation Free state under Swacch Bharat Abhiyan.

He also said that the coastal state has banned use of single use plastic as an important step towards conserving ecology.

The Governor appreciated the social harmony displayed by the State while he congratulated law enforcing agencies which has shown “great degree of sincerity” in their work.