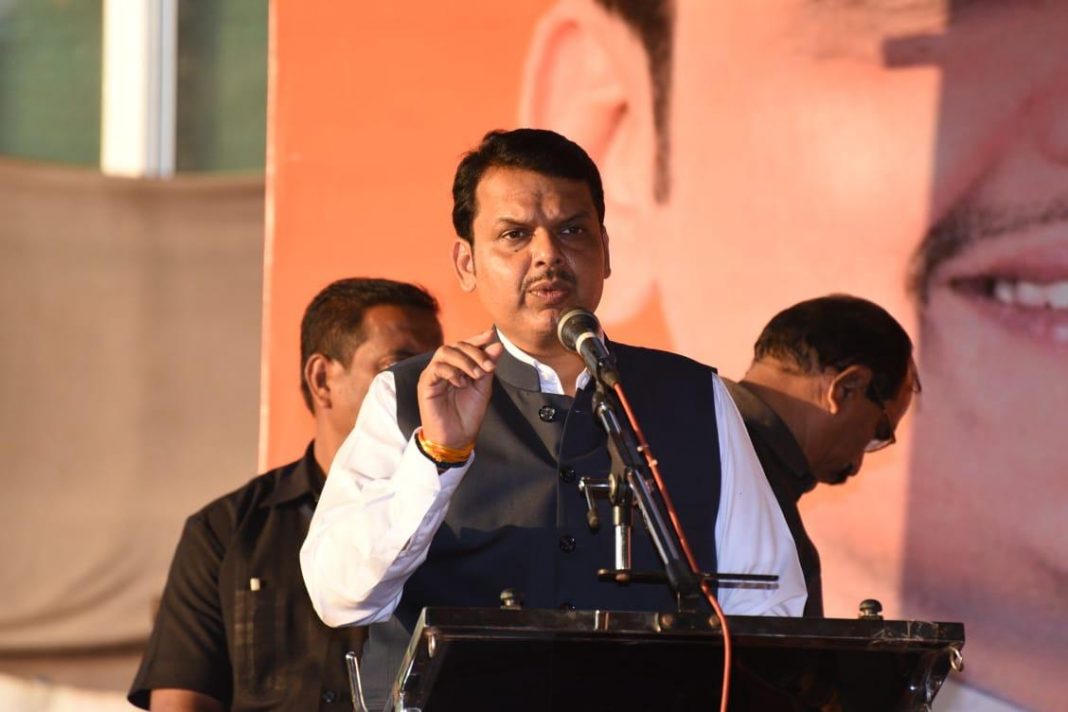 Sankhalim: Maharashtra Chief Minister Devendra Fadanavis said that the benefits of the central government schemes introduced by Prime Minister Narendra Modi goes to the needy irrespective of their caste, religion or social status.

Fadanavis was addressing a public rally at Sankhalim on Thursday in presence of Goa Chief Minister Pramod Sawant.

“Prime Minister Narendra Modi has already announced that in the year 2022 when country will complete 75 years of Independence, every poor person will have a home,” he said.

“When Modi led government is implementing the housing scheme, he does not inquire about caste, creed or social background of the person. The one who is needy will get a home,” Fadanavis said.

Maharashtra CM said that for the first time Goa is going for the elections when Manohar Parrikar is not with us.

Claiming that speeches by Congress President Rahul Gandhi has more of a humour quotient, Fadanavis said that he need not be taken seriously.

“Rahul Gandhi’s speech is known two things. One is that he utters curses to Prime Minister Narendra Modi and second is that he is known for his jokes,” Fadanavis said.

“Like the way television runs their serials with disclaimers that they are not responsible for the content, Rahul Gandhi’s speeches will also be run with the disclaimer that whatever he says is not a reality,” the Maharashtra chief minister said.

Taking jibe at Congress’ Nyay scheme of providing Rs 72,000 per poor person per year, Fadanavis said that Gandhi while announcing the doles was not sure from where will they money be sourced to fund it.

“During a press conference when Rahul Gandhi was asked from where will he source the fund for the scheme, he was confused and started looking at former Finance Minister Chidambaram,” he said.

“Chidambaram reacted that there is money flowing in the central coffers which can be distributed to the poor,” Fadanavis said adding that the money has started gathering in the coffers after Prime Minister Narendra Modi started action against Black money.

“Why should Congress distribute it? Modi government will give it to the poor when new government is formed,” he said.

Previous articleOur responsibility is to get Shripad Naik elected with maximum votes: Pramod Sawant
Next articleVishwajit Rane files complaint against unknown for extortion