Our responsibility is to get Shripad Naik elected with maximum votes: Pramod Sawant 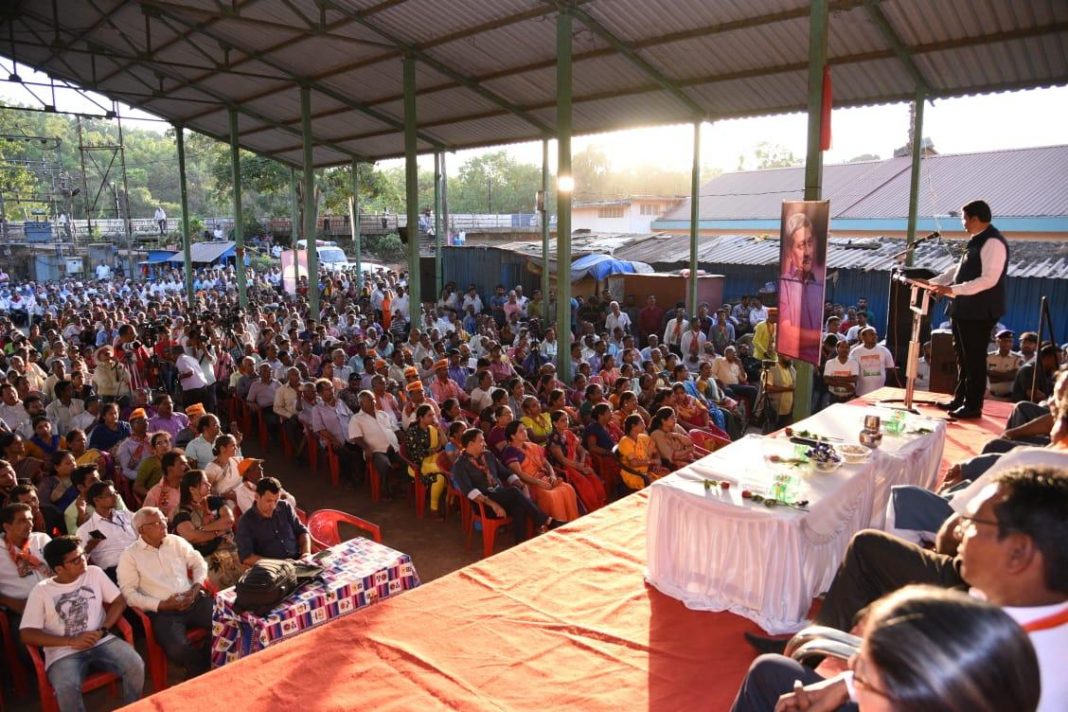 Sankhalim: Chief Minister Pramod Sawant said this is the first public meeting of the party in Sankhalim where we don’t have presence of Manohar Parrikar.

The vote for BJP is vote for the country, he said adding that during last five years, Prime Minister Narendra Modi has taken country to highest level.

He said that BJP candidate and Union Ayush minister Shripad Naik has taken yoga to 120 countries during his tenure of five years.

“Congress does not have capable candidate that is why they had to import candidate from South Goa to contest in North Goa,” he said referring to Congress candidate Girish Chodankar.

While voting in this election, we should think what is best for our country, Sawant said. He added that Goa has already been benefitted in a big way during last five years of Modi-led government. “We have received Rs 15,000 crore during Modi-led government for infrastructure upgradation,” he added.

The chief minister said that we have to re-elect Modi as PM to create new India.

Taking a dig at Congress, he said that Congress speaks about providing Rs 72,000 for common man, but the reality is that they have not given even 72 paise to the poor people.

Speaking on the occasion, BJP Candidate Shripad Naik thanked all the voters for getting him elected for four times from North Goa Parliamentary Constituency. “I will never forget the love which has been bestowed on me by the voters,” he said adding that he has tried to give back to the community in the form of developmental work.

He said that the opponents have been insisting that he should retire. “Who are the opposition leaders to tell me to retire? If I have to retire then voters will order me to do so,” Naik said.

The MP said that Modi-led government has worked on all the fronts including increasing dominancy in the Space.

He said that whenever Goa elects both the BJP MPs for Lok Sabha, that is the time, when NDA government comes to power in the centre.

Former chief Minister Laxmikant Parsekar while addressing the crowd said that Shripad Naik has created a record by getting elected for four times and is all set to be elected for fifth time from North Goa Parliamentary Constituency.

He congratulated people of Sankhalim as they were responsible for giving the first ever Chief minister from this area. “Sawant was Speaker and then became Chief Minister which is due to his capability to perform,” Parsekar said.

The former chief minister said that 2014 Lok Sabha election showed revolutionary results. “As far as Goa is concerned, both the seats were won by BJP. Narendra Modi-led government with clear majority came to power,” he said.

We have been witnessing the developmental works undertaken by Modi-led government which has touched life of every person, he said.

During the occasion, influential leaders Digambar Naik, Anil Bhosle, Yeshwant Desai, Umesh Gawas, Puja Rane and others joined BJP. They were welcomed in the party by Chief Minister Pramod Sawant.