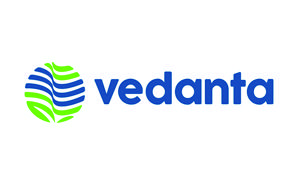 Panaji: The Directorate of Mines and Geology (DMG) has finally initiated recovery proceedings in the illegal iron ore mining cases. On Tuesday department issued Rs 97.48 crore demand notice to Vedanta Ltd towards non-payment of royalty for the ore quantity of 20,76,746 metric tons for the financial year 2010-11 to 2012-13.

Director of Mines Prasanna Acharya has also clarified that mere collection of dues will not absolve the company from any civil or criminal action.

“Hence, royalty becomes payable for ore extracted and dispatched by you for the financial year 2010-11 to 2012-13. The principal royalty amount corresponding to such quantity is arrived at by the mining audit committee to the extent of Rs 54,48,03,948 and interest computed thereof to the extend of  Rs 43,00,30,642,” it added.

Vedanta was issued show cause notice on August 4, 2016 and was subsequently granted personal hearing in the matter.

“The State Government has rejected your contention justifying payment of royalty on DryMetric Tons.  As such you are liable to pay the principal amount of Rs. 54,48,03,948 corresponding to the difference of royalty as arrived at by mining audit committee on the quantity of 20,76,746 Metric tons along with interest of 24% per annum which till the report was prepared by committee which stood at Rs.43,00,30,642,” the notice stated.

“You may also note that confiscation and e-auctioning of royalty paid ore extracted from above mentioned lease hold areas in terms of Hon’ble Supreme Court of India order in W.P. 435 of 2012 dated 11/11/2013 and 21/04/2014 shall not be  a ground for seeking adjustment or reduction of principal amount or interest payable as mentioned here in above, as such confiscation and sale of ore by e-auctioning of the ore was ordered by Apex Court for operation of lease by you beyond first renewal period without express order of second renewal by the State Government under section 8(3) of MMDR Act, 1957 in your favour,” it clarified.