MGP to hold protest march on assembly on Mahadayi issue 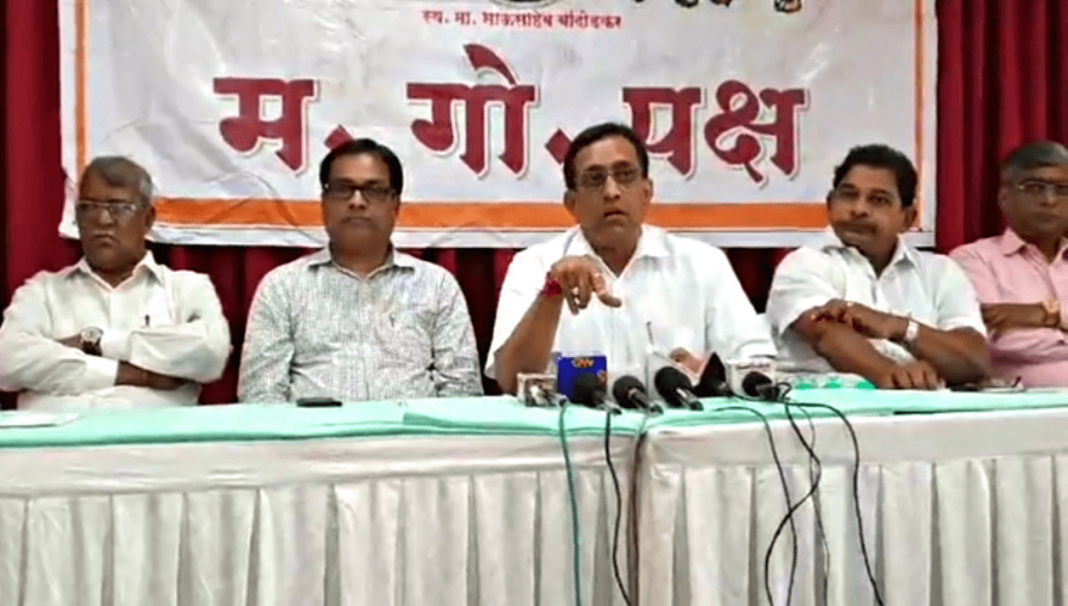 Panaji: Maharashtrawadi Gomantak Party (MGP) on Wednesday announced that they would be holding protest march against state government for its failure to protect Mahadayi river during the upcoming assembly session.

The Budget Session of Goa Legislative Assembly will be held from February 3 to February 7.

MGP President Deepak Dhavalikar told reporters on Wednesday in Panaji that the central committee of the party has decided to intensify its agitation demanding to protect Mahadayi river water from being diverted by Karnataka.

He said that MGP which has began agitation creating awareness on the issue, would also be holding protest march on the assembly complex during upcoming session.

“We are yet to decide on the exact date to hold the march. We will come back on it soon,” he said.

Dhavalikar, a former State minister, said that there is no clarity on the stand adopted by Sawant-led government on issues like Mahadayi, resumption of Iron Ore mining and deteriorating law and order situation in the State.

He also accused BJP of trying to hijack the upcoming Zilla Panchayat elections by keeping under wraps, the reservations of different constituencies.

The elections for all the 50 constituencies of ZPs would be held on March 15.

Dhavalikar said that the State government is yet to inform the State Election Commission on those constituencies which would be reserved.

“We fear that the reservations would be announced at the last minute depriving fair playing ground to the other political parties,” he said.

The ZP elections in Goa are contested on party line. MGP has announced that they would be contesting the ZP election by fielding their candidates.