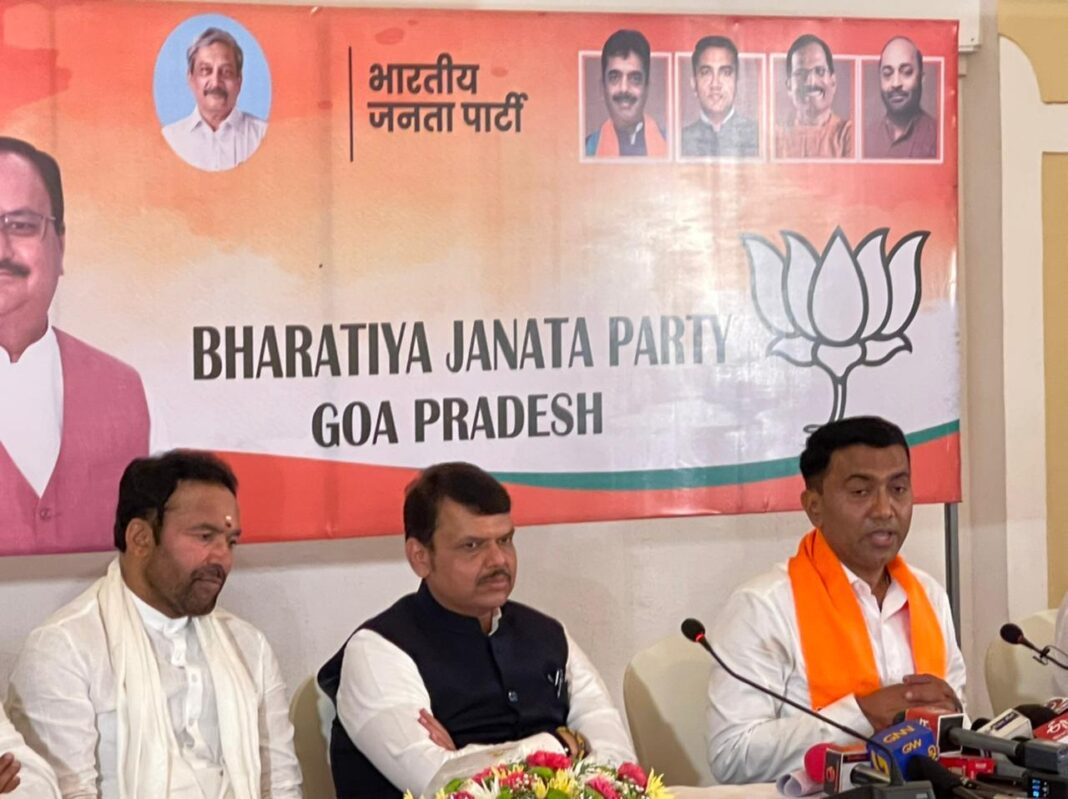 Panaji  After winning on the majority seats, the Bharatiya Janata Party (BJP) has said that they have received letters of support from Maharshtrawadi Gomantak Party and three Independents.

Fadanavis said that Maharashtrawadi Gomantak Party has extended its support through a formal letter to the BJP. Both the winning candidates of MGP will support BJP along with the three Independent candidates.

He said that the party’s central parliamentary committee will meet in Delhi this evening to discuss the results of all the states.

“The committee will designate one observer for Goa, who will arrive here tomorrow to participate in the legislature party wing meeting,” Fadanavis said.

He stated that after the legislature wing meeting, the party will decide the date to meet Governor and stake the claim.

Fadanavis said that BJP’s central leadership will be participating in the swearing in ceremonies of all the four states due to which the dates would be decided accordingly.