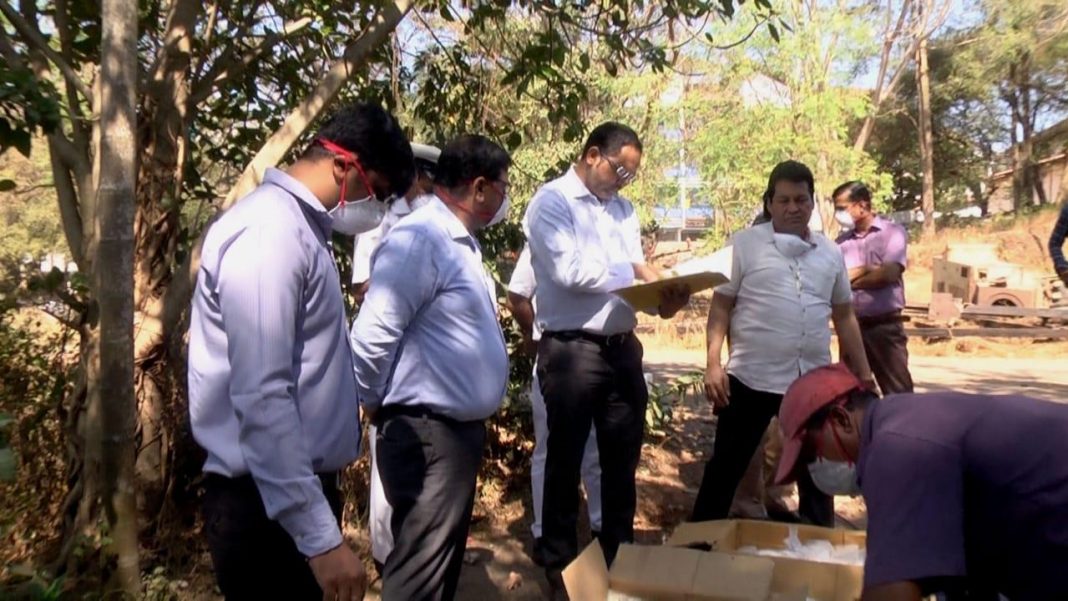 Another packaged commodity case booked at Meta Strip Complex, Upasnagar, Mormugoa and seized 37 packages of sealing ring retainer and radial shaft sealing ring of reputed  truck company worth of Rs. 22 thousand for not bearing month and year of manufacturer or pre-packing date and also country of origin which is in violation of section 18(1) of Legal Metrology Act 2009 read with Rule 4, 6 and 18(1) of Legal Metrology (Packaged Commodity ) Rules 2011.

Another three enforcement cases were booked at Upasnagar and Zuarinagar for using unverified weighing instruments and for not exhibiting verification certificate in trading premises  which is in violation of Legal Metrology Act and Rules in force.

The said raid was carried out under the supervision of Shri Arun Panchwadkar Assistant Controller Packaged Commodity and under the guidance of Shri Prasad Shirodkar Controller Legal Metrology Porvorim Goa and assisted by Shri Sudhir Gaonkar,  Shri Pascal Vaz and Shri Gurunath Naik.