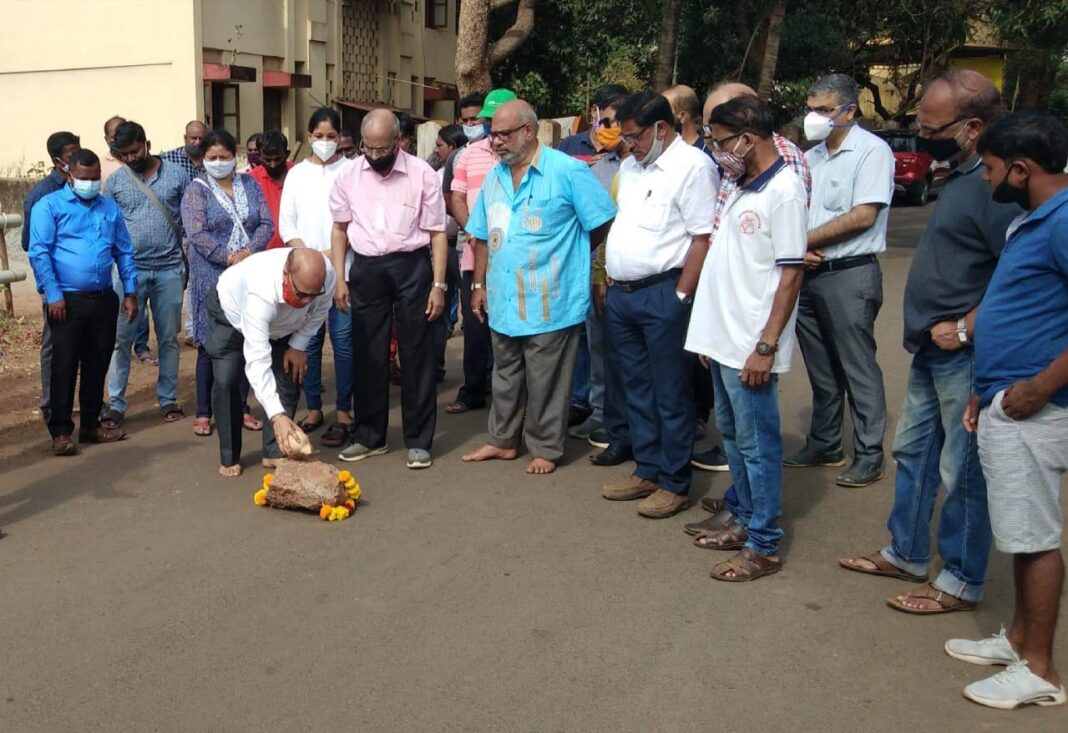 Margao – The overall developmental works in Margao Constituency are going on at a rapid pace and I will continue to pursue the pending works and ensure that they are completed in time bound manner stated Leader of Opposition and Margao MLA Digambar Kamat.

I am confident that the people of Margao will acknowledge the consistency in developmental works carried out by us in last 9 years despite being in opposition and will extend their support for progressive Margao stated Digambar Kamat.

The Water Resource Department has taken up the works of constructing a Box Culvert on the road intersecting with the eastern bypass road at Davorlim junction, Strengthening of Nallah and Construction of Culvert at Magnum Diagonostic Centre, Improvement of Nallah and Re-building of walls near Kerkar Hospital and Construction of Retaining wall along the Nallah behind Costa Ground. The estimated cost of the works is Rs. 1.8 Crores.