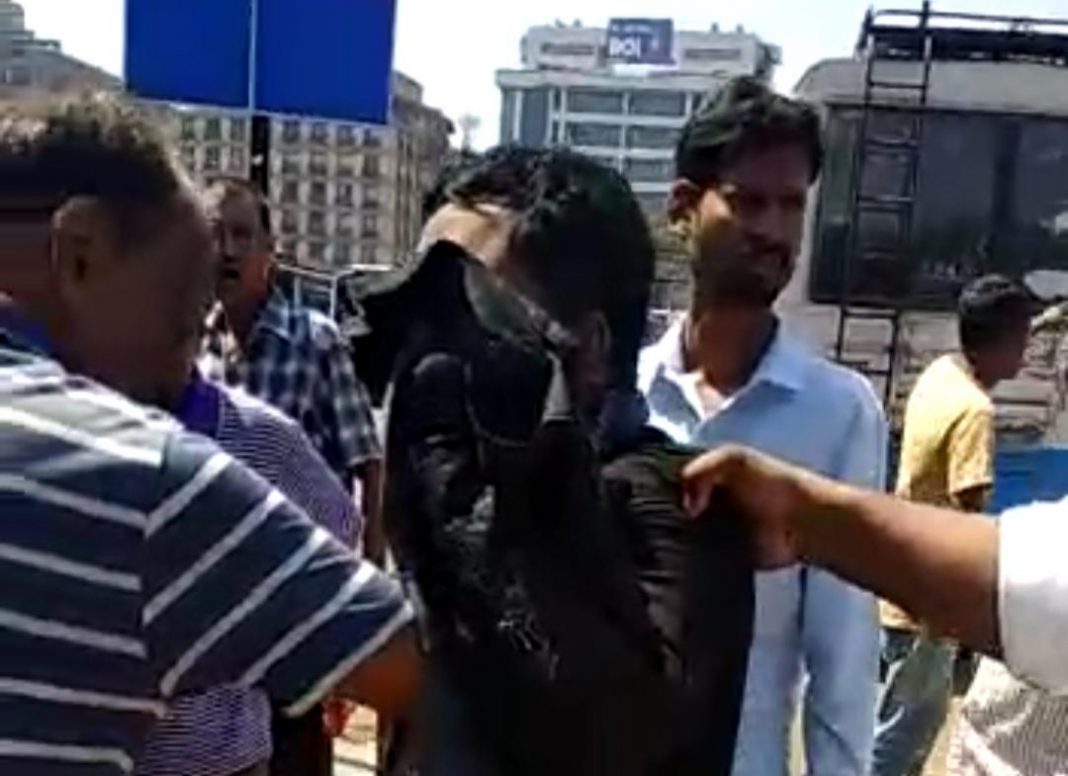 Panaji: In a bizarre incident, alert citizens at Panaji Bus Stand caught a boy who was going around clad in a Burkha.

A video, which is circulated on social media, shows that the boy was caught by alert citizens at Panaji Bus Stand after he came out from a Ladies Toilet.

When he was asked to remove Burkha, he was seen wearing blue T shirt and Jeans pant inside. He was also wearing a wig to look like a woman.

The boy could speak Konkani fluently.

He was let go after the warning by people. We reproduce you the video shot by unidentified person.