Mahila Congress President and ten others detained by Fatorda police 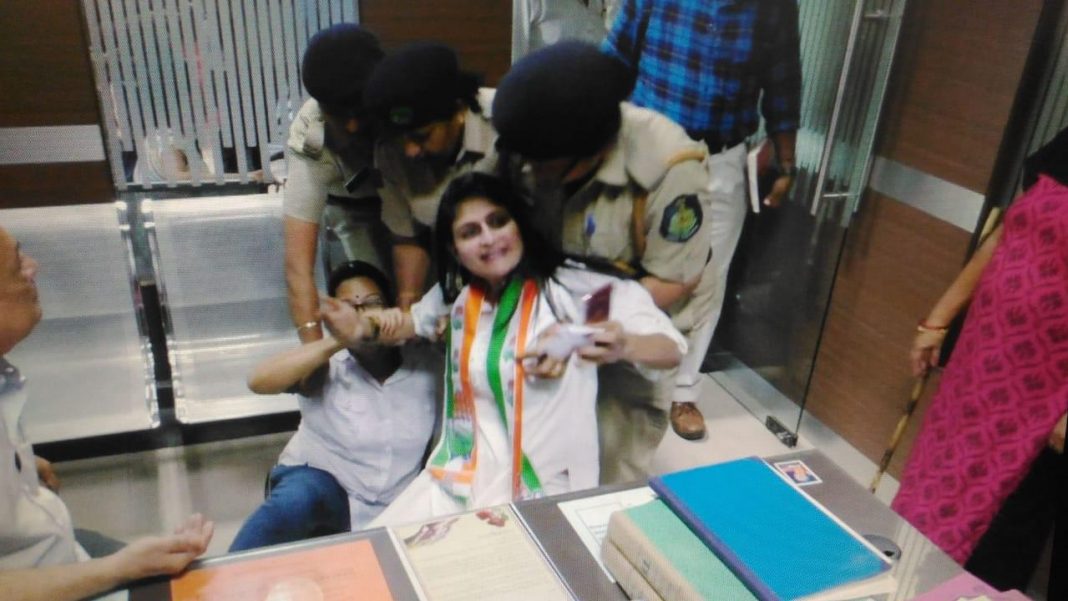 Margao:  Goa Mahila Congress President Adv Pratima Coutinho and ten other members were detained by Fatorda police today morning for obstructing work at Salcete sub-registrar office.
All were later released by the police.
Mahila Congress members were agitating at sub- registrar office at South Goa district administration block for making people wait for months to acquire any documents, specially birth certificates.
Mahila Congress said that their agitation was peaceful against the harassment meted out to the common people, who are forced to make several visits to the sub-registrar office for the documents.