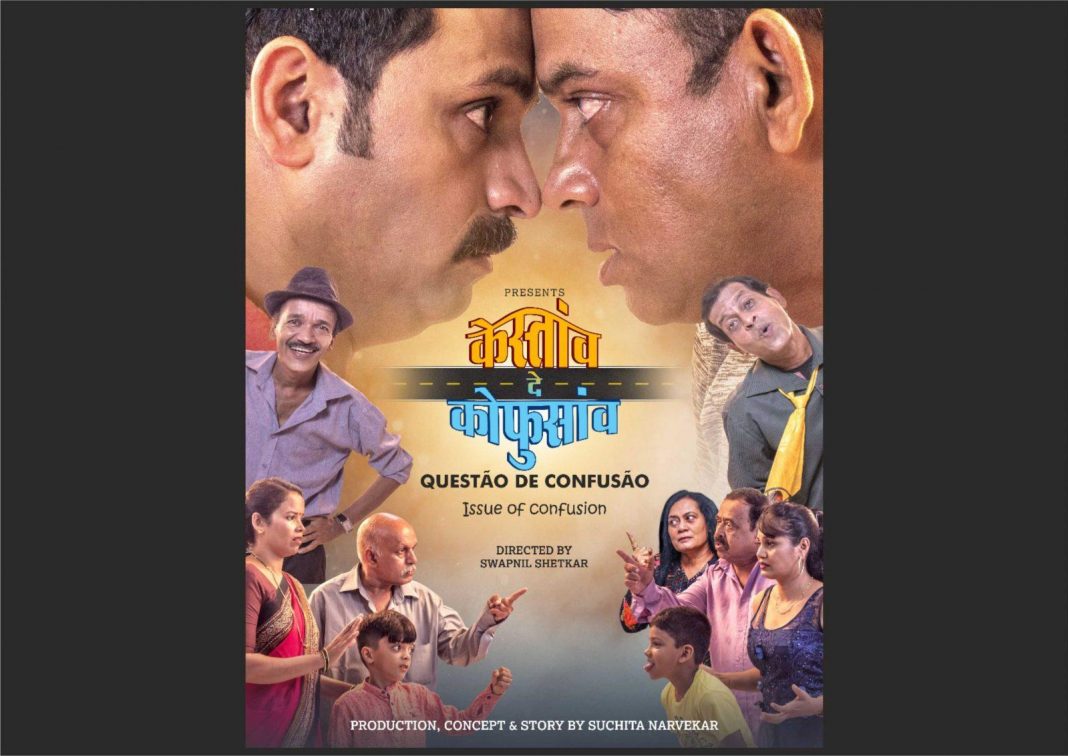 Panaji: The script is strictly kept under wraps. But the presence of Rajdeep Naik and Swapnil Shetkar in the project has certainly raised the hopes from upcoming movie “Questao de Confusao”

The movie would be released on September 28.

Produced by Kala Chetana and Suchita Narvekar, the movie has all the elements that is required to hook the audience to the screen. Though Suchita refuses to divulge much details, but the trailer and poster indicates that the movie has child artists, two different families, a village, jolly villagers and a comedian. Our own Spirit Fernandes is something to look out for in this flick.

Rajdeep Naik is not a new name and face to Goa. After his series of “Home Sweet Home”, he has done some projects, but this is certainly going to be a major one. And when it is Ganesh Chaturthi time, Rajdeep and his team is always busy taking theatre to the masses.

“For me, the movies is not something new because I have acted in them in the past. But yes, this movie can be tagged as real Goan film considering its mood, plot, emotions and all the elements,” says Rajdeep.

The chemistry of Rajdeep, Swapnil and John D’Silva was the USP for ‘Home Sweet Home’. In “Questao de Confusao”, John is missing.

The movie was shot in the places like Kalvi, Mayem, Adwalpal and Aldona for over a month. There were certain dark patches during the film shooting but still the team managed to crack it.

“Our initial schedule was to shoot for 22 days but it prolonged as we had two accidents on the set and also it rained,” he said.

The concept of the film has been in the mind of Rajdeep for long. But after he got the right people and some of the friends pitched in with the help, he began shooting.

The film is produced by Chetana Productions.

Rajdeep states this as a movie that has an appeal for three generations. He said Grandfather, Father and son can watch this movie together.

Rajdeep wants to showcase this movie in almost all the theatres and also take it to the villages.

“If people can’t reach theatre, then we will have to reach up to them,” he said.

The film is shot on Red Epic (5K) camera with 5.1 surround sound. The film final is mastering on 2K. This is a proper full length feature film shot and processed with technical equipments at par with the main stream cinema.

He said that the film will be mastered to DCP for theatrical screenings on scrable and UFO blue ray for other such auditorium screenings.