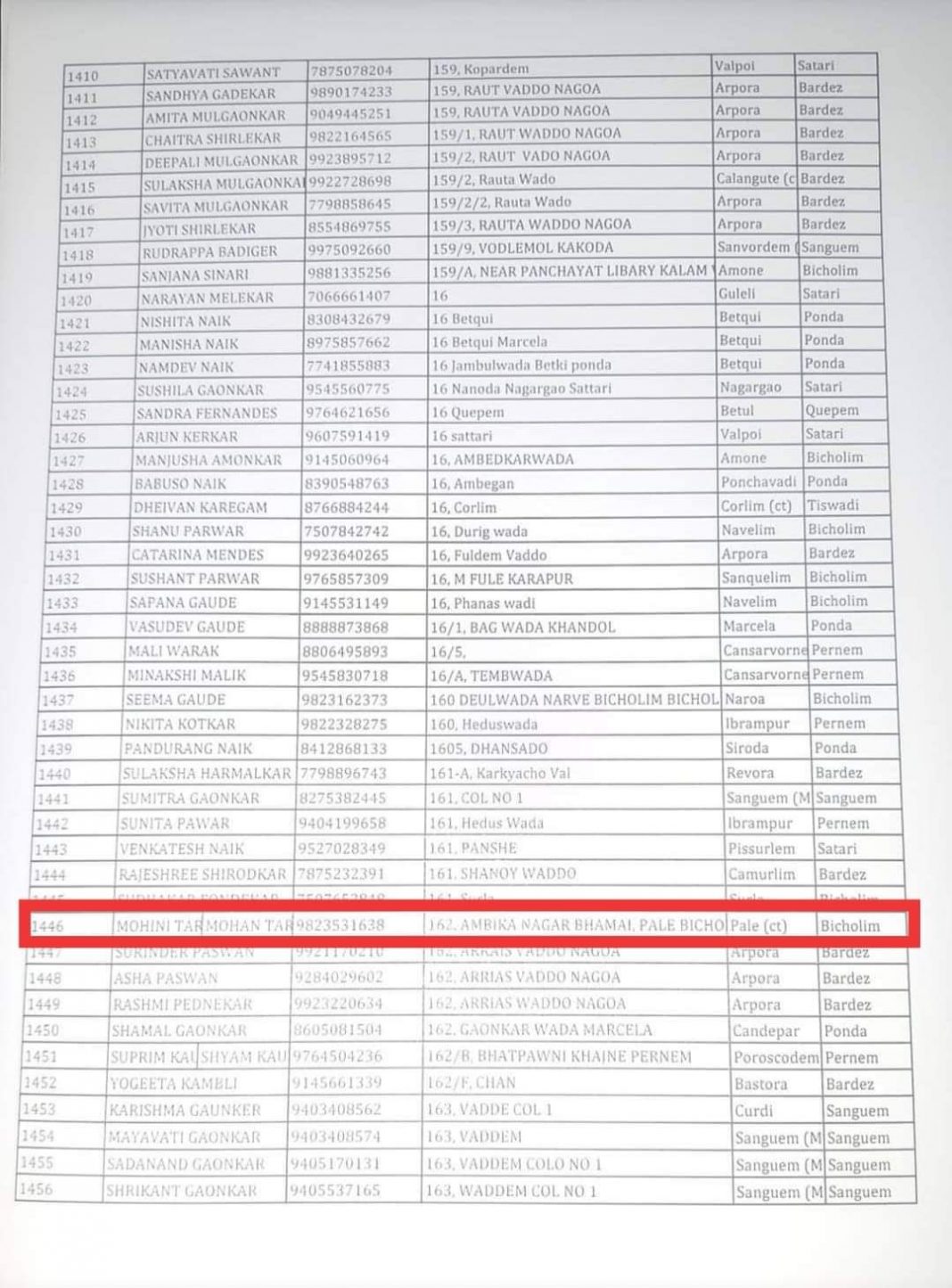 Panaji: Former Pale-Kothambi Panchayat Sarpanch Mohini Tari is amongst the 11,000 people who was paid sum of Rs 6,000 in April this year after the lockdown under state government’s scheme of helping out Goan labourers.

While Tari has already refunded the money to the state government which was credited to her bank account, the questionmark is raised over several thousands, who were falsely shown as labourers.

Inquiries have revealed that some of the beneficiaries are working in reputed organizations on high level posts, but their names are shown as ‘labourers.’

Sawant-led government has to investigate this entire episode. Social activist Kashinath Shetye and Inacio Pereira are the whistle blowers of this episode, which could unearth a larger muck, if investigated properly.

For those who are not informed about the scheme, it is to bring to their notice that chief minister Pramod Sawant on April 14 had announced that State government had paid Rs 6,000 each to 11,000 Goan labourers as a compensation during lockdown from Labour Welfare fund.

While probing the list, we came across Mohini Tari, former Sarpanch of Pale-Kothambi panchayat, who admitted that she had received the funds.

“But I have already returned it back. I wrote a formal letter to the department and gave it back. I was the only person who returned it, when I went there. I have a receipt of that too,” she said.

Tari said that Labour department had initiated a drive of skill training to the people last year during which the list was prepared.

“I had also given my name as I thought it is a training for classes like tailoring. But then it turned out to be training for construction labourers. I immediately withdrew my name,” she said.

Tari claimed that there are several people in the village who has benefitted from the CM’s one time compensation paid during the lockdown.

www.goanewshub.com will bring to you more investigation on this list in near future.