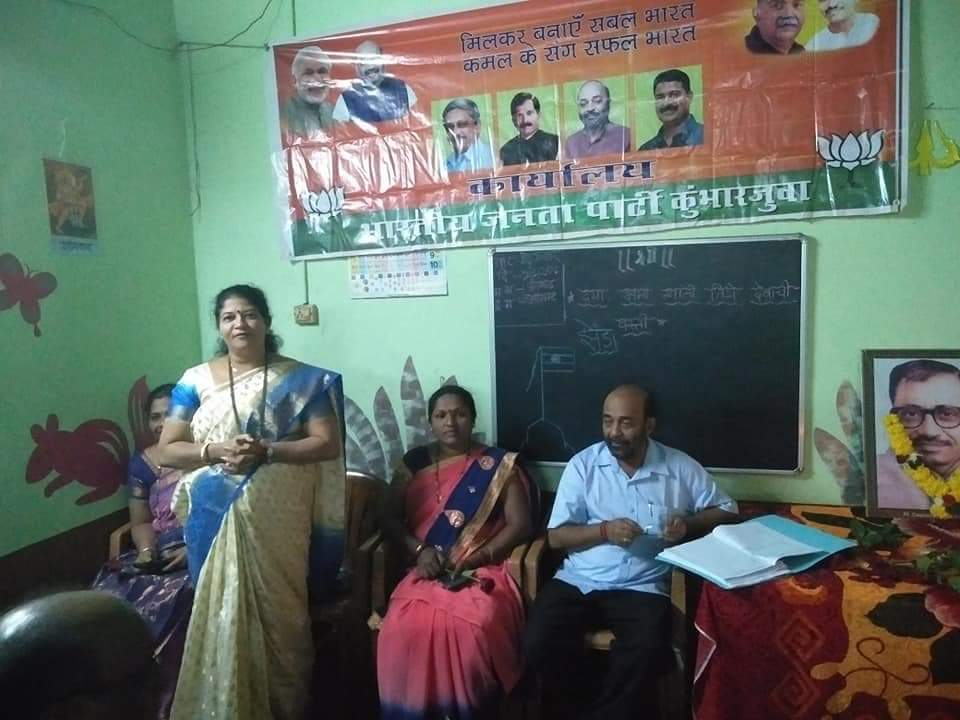 Old Goa: Even as Cumbharjua MLA Pandurang Madkaikar has remained hospitalized since June month, his wife Jainita has taken lead in the constituency, sending signals that she might contest the next election from this constituency.

Madkaikar was dropped from the State cabinet after his long illness.

Though there is no clarity on what exactly is the medical condition of Madkaikar, his wife, who is also active in local panchayat politics, has thrown enough hints to be the next contender.

Interestingly, the meetings, which she has been addressing in the constituency under the banner of Bharatiya Janata Party has State President Vinay Tendulkar participating in it.

Madkaikar, a former Congress MLA, had joined BJP in the run up for last State Legislative Assembly election. He was sworn in by Chief Minister Manohar Parrikar during the first batch of ministers.

Sources stated that Madkaikar’s brother, Dhaku, has also shown interest in the constituency while few of his followers are also trying to get the ticket. It is to be seen whether, there will be by-election in the constituency or ailing Madkaikar will continue in the chair.