It’s in my nature, I do it when I decide to do it: Parrikar tells Gandhi 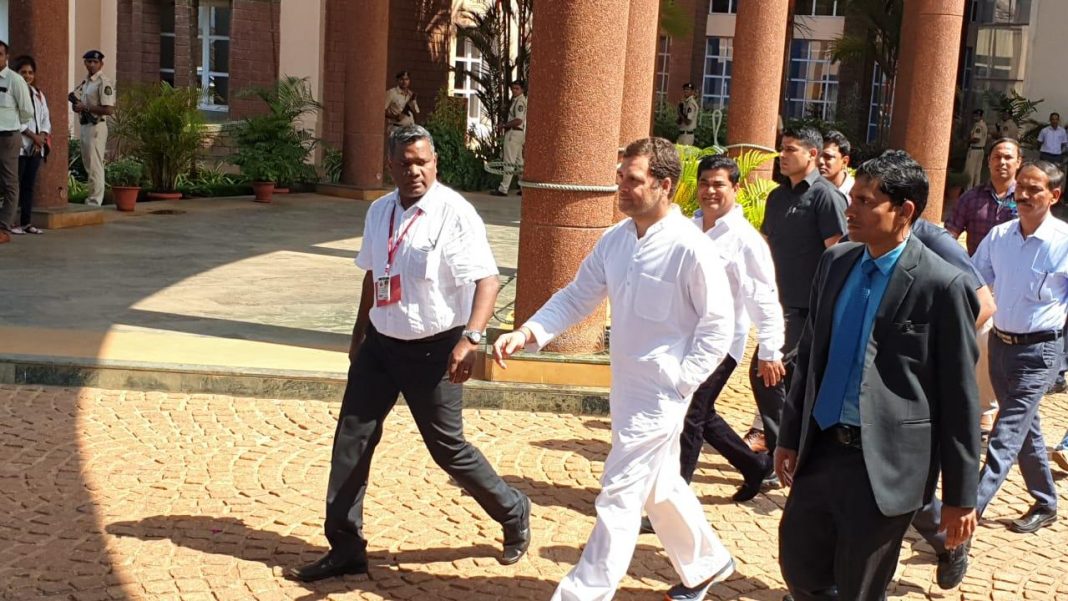 Clad in white, Gandhi met Parrikar for around ten minutes in his chamber. Sources revealed that initially Gandhi was accompanied by GPCC President Girish Chodankar and Leader of Opposition Chandrakant Kavlekar, who later left Gandhi alone with Parrikar.

“Gandhi inquired about health of the CM and then questioned how come despite ill-health, Parrikar manages to attend the Assembly session,” source said.

To this, Parrikar responded “Once I decide to do the things, I do it.”

The meeting was very much cordial with both the leaders sharing smile before Gandhi went out of the cabin.