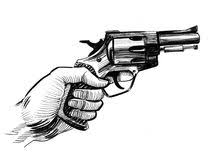 Panaji: A young girl was the reason behind a shootout reported between two gangs at St Cruz village in North Goa earlier this year, a senior police official said.

Officiating Director General of Police Jaspal Singh told reporters that during the investigation, it has been revealed that a young girl was a bone of contention between members of both the groups, which led to the attack.

A gangster was killed during a shootout by his own gang member accidently, when they had gone to attack rival group at St Cruz on June 20. House of one Imran Bepari was attacked by a rival gang.

Singh said that there was a dispute between members of both the gangs over the young girl.

“Before the attack, members of one gang were partying at one place, where they decided to have this attack,” he said.

Singh said that so far twenty two people have been arrested by police who are investigating the attack.

He said that the weapon of attack have been recovered while investigation in this case is going on.

Singh said after the incident, all the Police Inspectors have been instructed to be vigilant on budding criminals, who usually get carried away with macho character of their seniors.

“Young boys getting into criminal world is worrying,” he said adding that the police will talk to parents of such youngsters and also with their teachers, if they attend school.