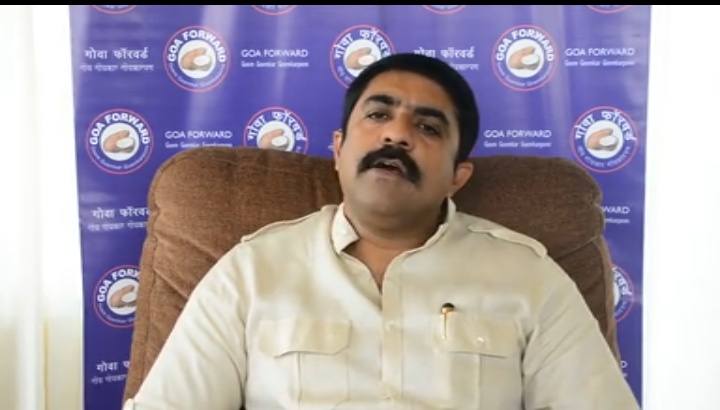 Margao: Goa Forward Party Chief Vijai Sardesai took pot shots at Pramod Sawant-led government exposing the way, the government has inefficiently handled the COVID-19 crisis, due to which the current situation is hovering over the state.

“The Goa Forward Party is surprised and intrigued by the sudden detection of multiple COVID-19 cases in Goa,” Sardesai said.

He said that it is as if the government got a ‘New Fishing Net’ to catch fish after not getting anything for a month.

“The reaction of the CM that the Rajdhani Express will now not halt at Margao since most recent cases are of those who traveled on that train, whilst Nizamuddin Express will continue its halts at Goa as no Corona case has been detected on the train , is shocking and is an expression of hollowness and lack of application of mind by the CM of the state,” he said.

Sardesai said “interestingly, despite the false narrative, fear and apprehensions created that Seafarers and other Non-Resident Goans (NRGs) outside the Country will be the “carriers of the virus” and should be kept at bay, only one of the new cases, is a ‘Seafarer’ or foreign-returned.”

“Even the real Identity of this so-called ‘Seafarer’ is disputed and in doubt,” he added.

“But what is most shocking has been the way the Government has handled the “discovery” of these new cases,” he said.

“Second, the case of the so-called ‘Seafarer’ was hyped to the maximum to demonize the Seafarer Community and other Goans outside the Country who want to return back to their home,” he added.

“It was shocking to hear the CM make a case for ‘Facility or Institutional Quarantine’ for the Seafarers based on this stray case raising doubts whether it was a “False Flag Operation” to promote ‘Paid Facility Quarantine’ for Seafarers and other Goans returning from abroad. His comment was in bad taste and totally unwarranted.”

The GFP President said that we have Trains bringing back, not just Goans, but also all and sundry to Goa especially those having connections with the high and mighty connected to the ruling party in Delhi.

“Some are also sneaking in and enjoying in Goa as we saw in Chopdem. In contrast, Goans have been pleading to get their loved ones stuck around the World and who are in distress particularly the Seafarers and other NRGs but the Government has been deaf, dumb and impotent.”

“We still don’t have a clear plan from the Government with no clarity when exactly the Airport or Seaport will open for rescue flights or ships.”

Sardesai said”Secondly, those who come from within the Country are tested and if found negative are sent for ‘HOME QUARANTINE’ while the Government is insisting on sending the foreign-returned Goans, Seafarers and NRGs, for ‘PAID FACILITY or INSTITUTIONAL QUARANTINE’. Why, may I ask? Is the ‘Swadeshi Corona-Virus’ less dangerous than ‘Videshi Corona-Virus’?”