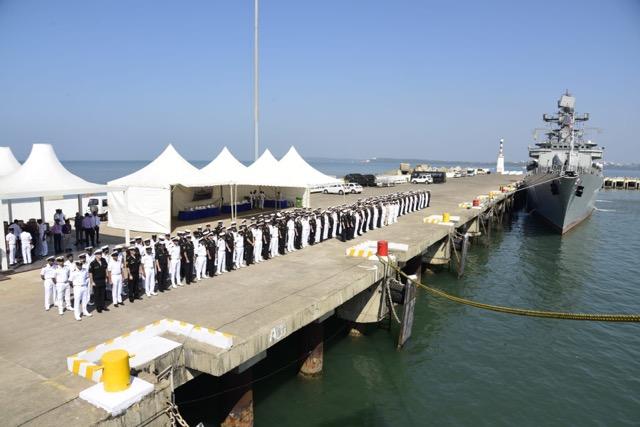 Vasco: The opening ceremony for the Naval leg of Indo-Russian tri-service exercise INDRA– 2019 was held at Goa’s Mormugao Harbour on Wednesday.

A press statement by Indian Navy released here has stated that Indian Navy’s ships Tarkash, Aditya and Russian Federation Navy’s ships Yaroslav Mudriy, Viktor Konetsky and Elnya are participating in the exercises that would be held off Goa coast.

“The Sea Phase will be conducted from December 16 – 19 with a joint validation exercise on December 18 including participants from Indian Army and Indian Air Force,” he said.

During the launch on Wednesday, the Naval Band played national anthems of the two participating countries, India and Russia.