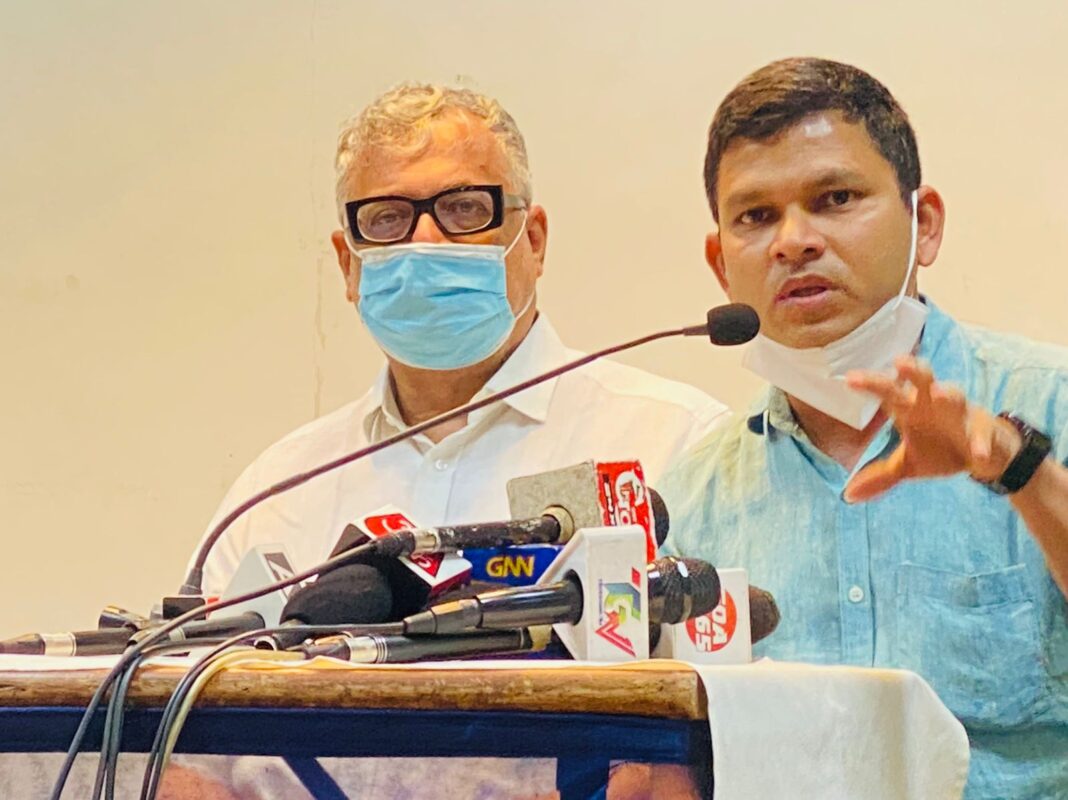 Panaji: Independent MLA Prasad Gaonkar on Wednesday extended his support to Trinamool Congress Party in Goa.
Addressing a press conference in Goa in presence of TMC Member of Parliament Derek O’Brien, Gaonkar said that Goa needs a change, that is why he has decided to support Mamata Banerjee led party. He said that he would not be resigning as MLA, as of now.
Gaonkar represents Sanguem Assembly segment from South Goa and had initially supported Manohar Parrikar-led government in the year 2017, which he withdrew subsequently.
“What we have seen in Goa during last five years is unleashing of anti-people policies by BJP. The people are suffering in this government,” he said.
Gaonkar said that the country is witnessing a positive change in the form of Mamata Banerjee, and hence, he decided to support the party.
When asked, he said that he will not be resigning as MLA, as of now. “I am supporting the TMC. We have seen how Mamata Didi fought back BJP in West Bengal. She epitomises women empowerment,” Gaonkar added.
Former Goa Chief minister Luizinho Faleiro, who had resigned as MLA recently to join TMC, said that it is encouraging to see that young people like Gaonkar is joining TMC.
“It is only TMC which can defeat Modi government,” he said adding that the people are surrounded with the crisis.