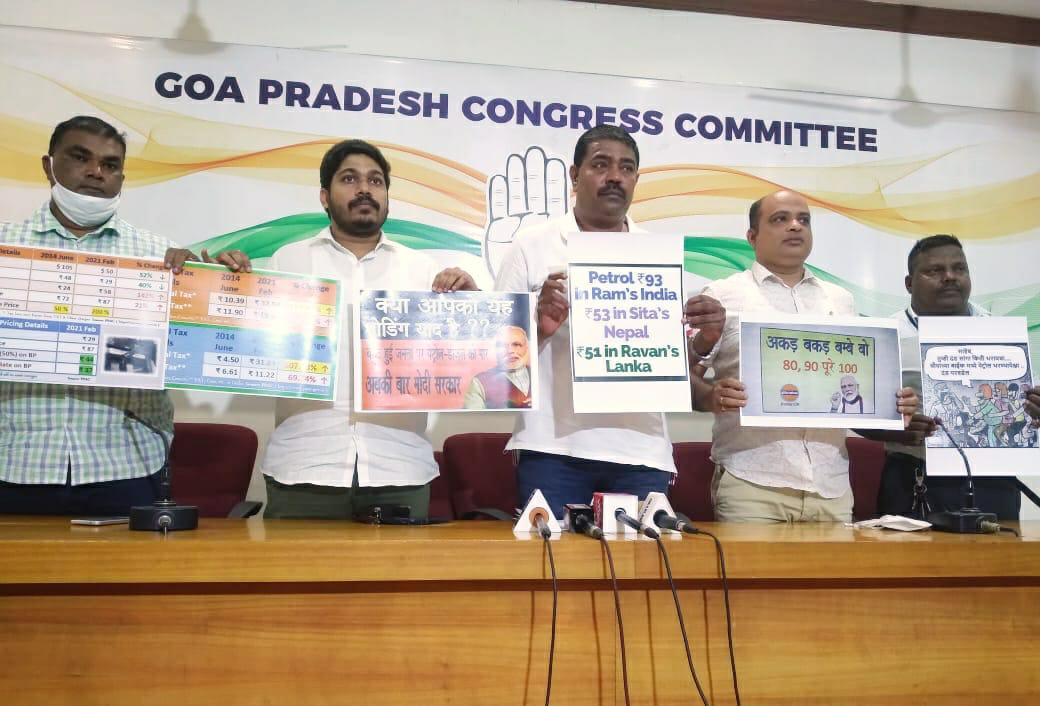 Panaji: The most corrupt BJP Government headed by Chief Minister Dr. Pramod Sawant has created financial emergency in the State of Goa with its anti-people, insensitive and pro-capitalist policies. The recent increase in VAT by the BJP Government which has further increase the price of Diesel and Petrol is a proof that Lootmar BJP Sarkar has pushed Goa into bankruptcy charged GPCC Vice- President Sankalp Amonkar.

The people of Goa are actually expecting relief from the Government as the Covid Pandemic has severely affected each and every household budget. The Government should have given subsidies in fuel prices, instead the insensitive Government has hiked the VAT leading to steep hike in fuel prices claimed Sankalp Amonkar.

I want to remind the BJP Government that the U-turn specialist former Chief Minister Manohar Parrikar had promised the Goans that the BJP Government will never increase the price of Petrol beyond Rs. 60/- per litre. With the current hike in VAT it is clear that the current BJP in Goa wants to completely demolish the legacy of former Chief Minister Manohar Parrikar stated Sankalp Amonkar.

The Finance Minister has levied an Agriculture Infrastructure and Development Cess of Rs. 2.5 per litre on Petrol and Rs. 4/- per litre on Diesel in the Budget 2021. This Government has brought the Farmers on roads but has no shame in collecting Revenue in the name of Farmers and Agriculture stated Sankalp Amonkar.