Hike in liquor prices will hit tourism in the state: King Momo 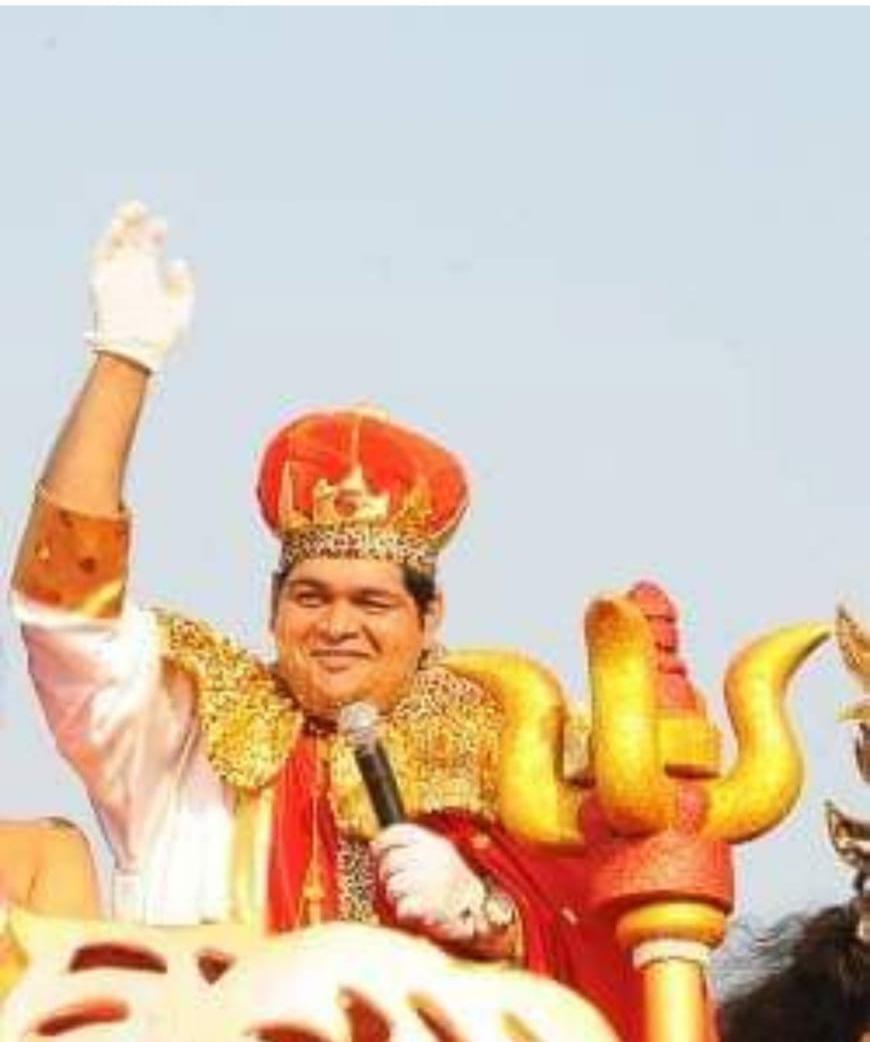 Panaji: Shalom Sardinha, who has been selected to be the King Momo for upcoming Carnival festival in Goa, in his first ever message has expressed dissatisfaction over state government’s move to tax heritage drink – Feni.

A person to enact mythological figure, King Momo is selected by Tourism Department’s panel, who will head all the float parades that will be held from February 22 to Februry 25 across the state.

Sardinha has been selected for the second time, first one being in the year 2016, to head the float parade as he would be attired as King Momo.

He was speaking on Prime TV’s daily program “Prime Encounter” which would be aired on Tuesday.

“The recent decision to increase tax on liquor including that on feni is resulting in its prices going up. The cost of alcohol will go up and it will affect our tourism industry in a big way,” said Sardinha, a lawyer by profession.

The King Momo would be reading a decree on the first day of Carnival wherein he will ask people to ‘eat,drink and be merry.’

“When we say drink, we mean drink responsibly,” he said, adding that consumption of drugs should be totally banned in the state.

“Say no to drugs or the events that promote it. There was an EDM festival recently (Sunburn), where three youth lost their lives. We should discourage such festivals,” he said.

Sardinha said that the festivals like Carnival, which has local ethos and all the elements including music that is wanted by the youth, should be promoted.

“It’s time to show the youth that you can enjoy much ore when you don’t take the drugs,” he said.

Responding to ban on the floats making statement on issues like Citizenship Amendment Act (CAA),  Sardinha said “carnival is the festival to celebrate unity, we should avoid controversial topics which can lead to hatred.”

The organizers of Carnival parade had said that the floats with CAA messages would be screened and disqualified from participating in the event.

“CAA it is an act because of which people are fighting. We are trying to promote social fabric therefore government not allowing the CAA protestors is a very good move,” he said. “We want to promote brotherhood. By fighting it is not going to help us at all. We are interesting in showing everybody that Goa means brotherhood,” he said.

Sardinha said that during his last stint as King Momo (2016) he had almost 12,000 selfies clicked with him by the revelers. “This time, the number will be more because Carnival is one of the most important festival of the state which attracts lakhs of people,” he said.