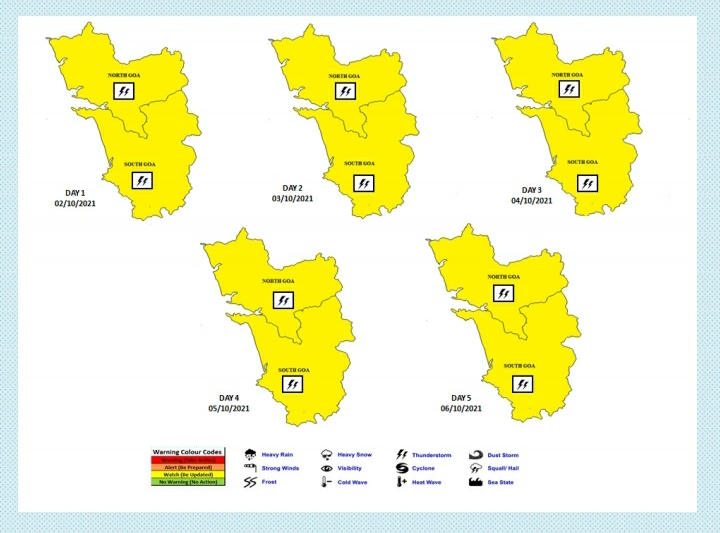 IMD has issued a yellow warning for the state of Goa from October 2 to 6. “Sea condition will be high to very high over Northwest Arabian Sea and along and off Makran coast till evening of October 3. It would improve gradually becoming high over northwest Arabian sea and adjoining the gulf of Oman from the night of October 3 during subsequent 12 hours,” said IMD Goa.
IMD Goa has advised fishermen not to venture into northwest Arabian sea, Along and Off Makran coast and Gulf till 4th october morning.
The Fishermen are also advised not to venture into the northeast Arabian sea during the next six hours.
- Advertisement -