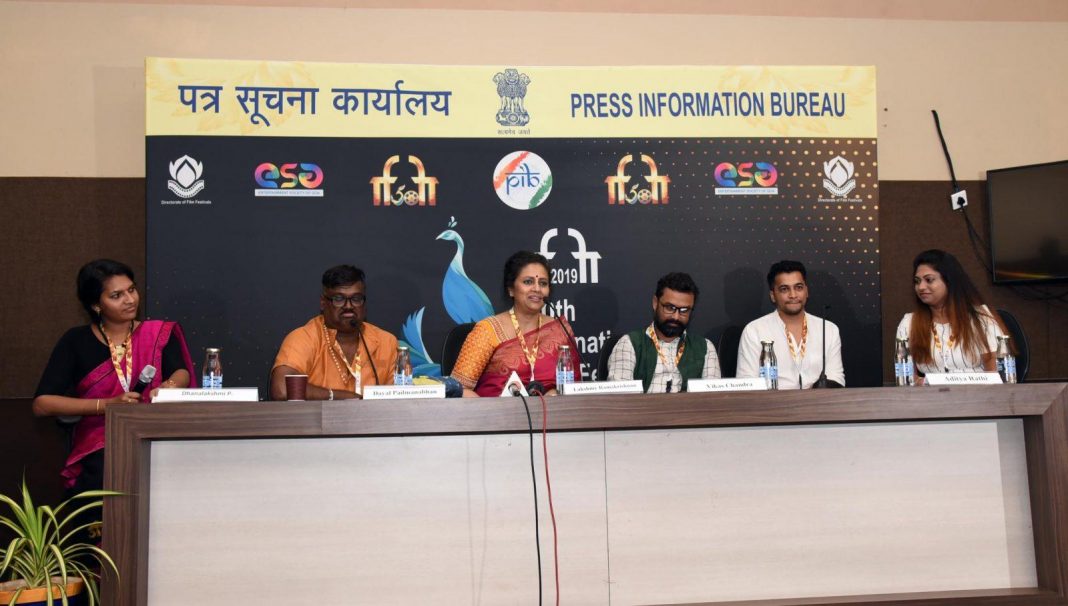 “The Medico Legal procedures and protocols adopted by investigative agencies changed after the Nirbhaya incident. I have fictionalised the incident in my movie to show what will be the experience of Nirbhaya if she is alive after the incident. I strongly wanted her to live, that was motivation behind making this movie”, said Dayal Padmanabhan, Director of the film Ranganayaki. The movie is in a way tribute to 1981 film Ranganayaki which had great influence on me, he added.

“The focus of the movie is on the social side of the incident and treatment is different than a revenge plot normally associated with theme of rape in movies.  3 ancient classical songs were used in the movie with same lyrics but with different music. One sexually abused girl got courage to lodge complaint after watching this movie. I consider this a bigger achievement than anything else,” he added.

Director of movie Home Owner, Ms Lakshmy Ramakrishan was also present in the press conference. Her film is selected for the first time in IFFI. The movie has a story of elderly couple which is stranded in a flooded home during Chennai floods. She said, “I believe more women should be behind cameras. They have to tell the stories. I get inspired from real life incidents.  Woman have to prove their worth to be taken seriously”, she added.  Ms Lakshmy further said that she was greatly helped by her experience as anchor of reality TV shows.  She said she believes that there is no competition when it comes to choosing men or women centric themes and it’s like both are companions walking side by side.

Vikas Chandra, Director of movie “Maya” also attended the press conference and said that the idea of the movie came from need to cope with impending loss in his personal life. He considered it very cathartic experience. Director of Photography Ms Priyanka Singh was also present on this occasion.

Directors of movie “Photo Prem”, Aditya Rathi and Gayatri Patil were also present on this occasion and said how their real life experiences inspired them to make their film.