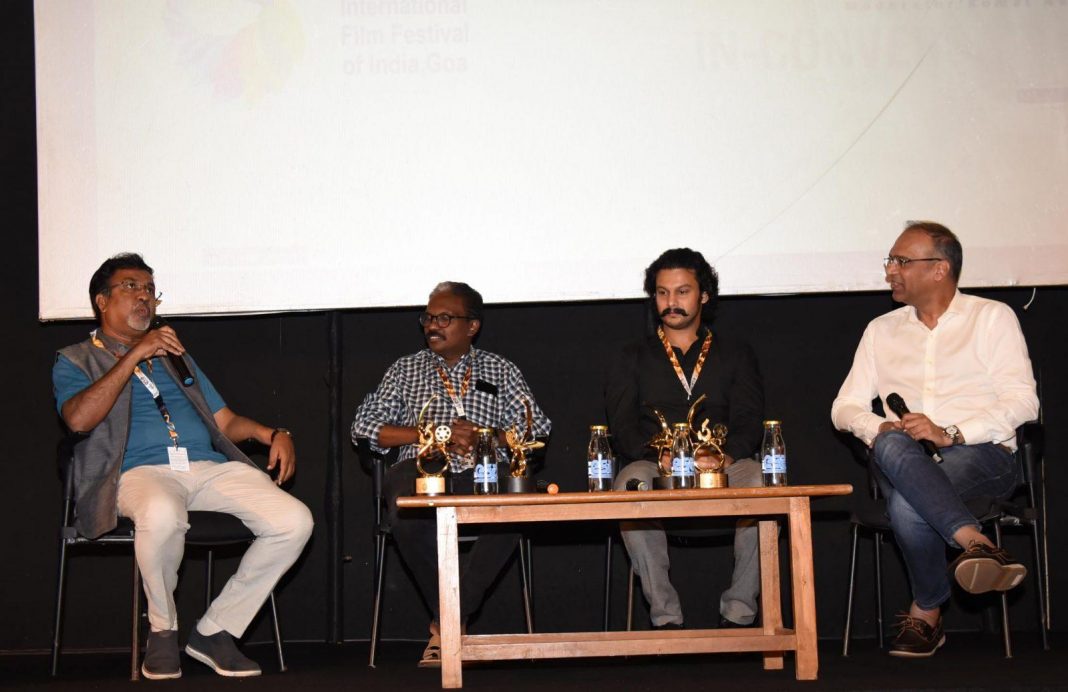 The In-Conversation sessions at International Film Festival have brought industry experts on a common platform to discuss and talk about various subjects in filmmaking. The Nature in Focus segment had filmmakers like P Sheshadri, Dr Biju Damodaran and actor Addinath M Kothare, who’ll be seen in his directorial debut Paani.

National award winning filmmaker P.Sheshadri speaking about inclusion of nature in his films said, “Nature acts like a catalyst in my films. Films can help reach a larger audience and you can use it to bring awareness to many social issues.”

Dr Bijukumar Damodaran, one of the most important contemporary voices, whose previous film was based on kids suffering a disease due to pesticide, stated, “If we’re empathetic to human beings, human life is not very different from nature.”

Speaking of his upcoming film Paani, Addinath said that he chooses films that are close to his heart. He chose scarcity of water to bring the issue of water scarcity to the fore. “I come from Mumbai and people in the metros are detached from ground reality of the water crisis in interiors on Maharashtra.”

Since independent filmmakers work on limited budgets, shooting is often a hectic task. Dr Biju talked of how shooting in remote locations like inside the forests was tough. “There are no support systems. The crews are driven by their belief, and passion in their project along with social commitment because it’s a political tool to spread your message,” he said.

With Paani, Addinath shared that they shot in 45 degrees under harsh conditions. “The village where we stayed had no arrangement to stay. There was only a boy’s hostel. We put in toilets, coolers and then started shooting. On some days there was no water and we had to bath from cooler ka pani. No one complained. Passion drives you when you work towards a definite goal.”

Distribution opportunities for these films is still lacking. “There are no such platforms. Now Netflix and Amazon Prime have to come forward so that we can recover the cost. Film making is our profession. We need more encouragement through the Government,” expressed Sheshadri.

He shared his difficulty in finding a single screen to showcase his latest film. “How do we screen our films and how do we send our message to the larger audience?” he asked.He requested for a parallel platform to be built with smaller theaters, for screening of such films. “Request the common man to show their social responsibility, to come forward and watch their films. Only when there is demand, the facilities can come up,” He added.

Dr Biju explained the situation in Kerala that had a strong film culture with a large number of film societies but also noted that the economics was weak.He suggested the creation of a ‘culture environment’ for the appreciation of all arts. This he stated would boosted film culture as well.