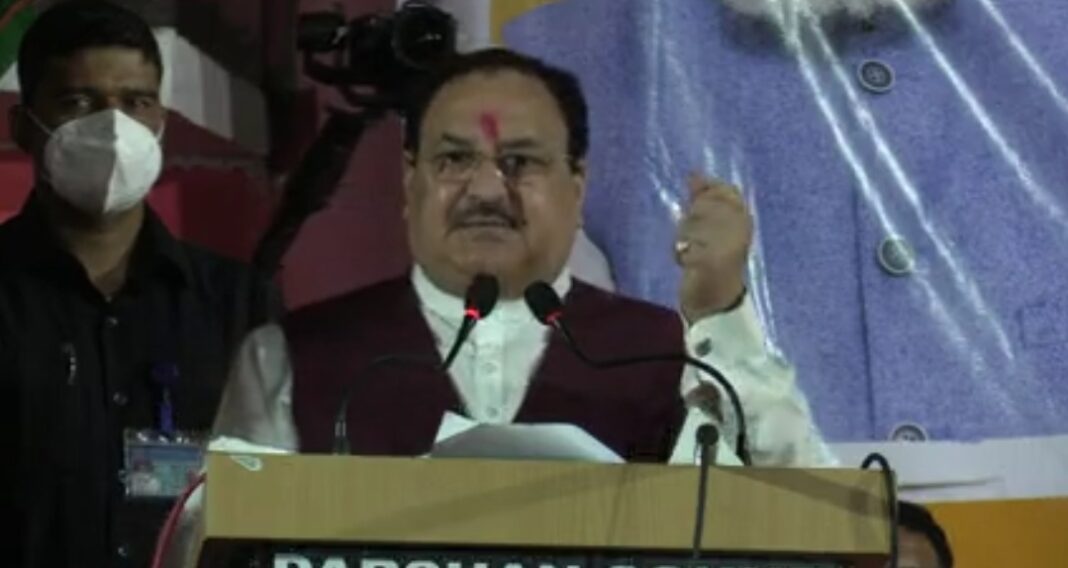 Panaji: BJP National President J P Nadda said that while western countries are crumbling with COVID-19 infection, India has stood strong in the crisis, due to the mega scale vaccination program undertaken by Narendra Modi-led government.

“I can see people are sitting next to each other. some are wearing masks, some are not. How was this possible?,” he said addressing a public meeting at Shiroda Assembly constituency in South Goa.

He pointed out that the countries like America, UK, Germany France are still fighting back covid19.

“India is the only country which has given  to 136 crore doses,” he commented.

Nadda said that the USA, UK, Germany, France were ahead of India in health sector but now their infrastructure is seen crumbling.

“But India undertook the vaccination, on the basis of which, the people have got strength to fight back the virus,” he said.

In his speech, Nadda said “If you want to know the value of acche din, then remember the bure din (bad days).”

Referring to the report card of state government’s performance, that he would be launching on Wednesday, Nadda said that the opposition parties have now started facing problems.

“Now, they have to also come up with the report card. Narendra Modi has made this culture presenting  report card before the people,” he said.

Nadda said earlier, none of the political parties, used to come with the report card. “After elections, they used to forget their promises, used to ditch people and appear again for the next election with more promises,” he said.