‘Har Ghar Nal But No Jal’ campaign to kick off from January: Rohan Khaunte 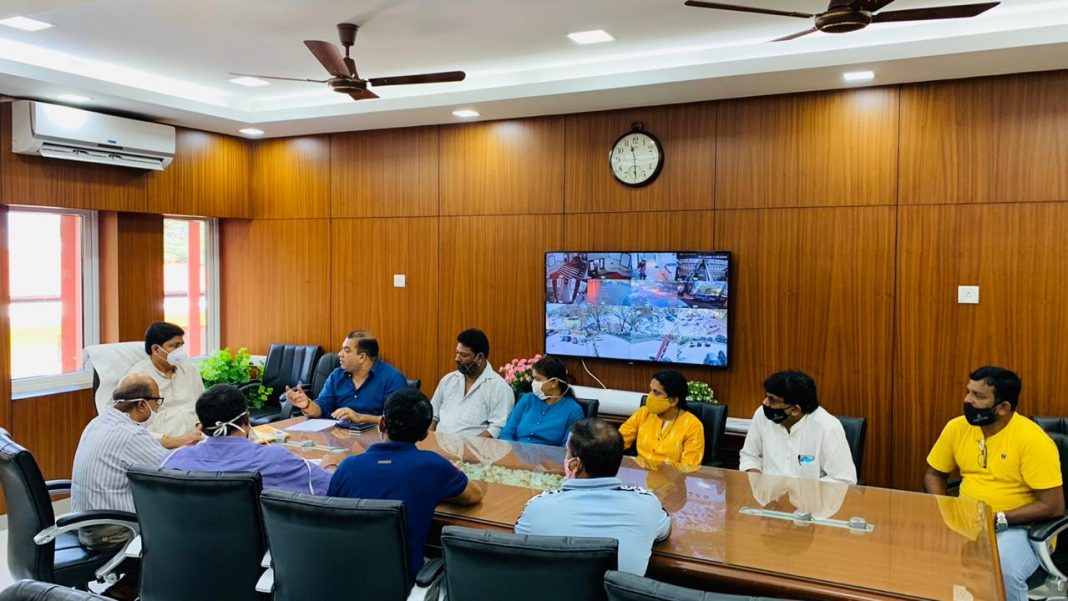 Porvorim: Independent MLA Rohan Khaunte has announced that he would lobby with all the legislators from Bardez taluka to expose the government’s failure to provide adequate drinking water by launching ‘Har Ghar Nal But No Jal’ campaign in January, 2021.

Khaunte’s constituency of Porvorim has been reeling under acute water shortage since July 2019 due to which the locals had led morcha on the PWD office at Porvorim last week.

“The Chief Engineer had assured us the solution within a week. The deadline got over on Tuesday. He had asked for another two-three days which were given to him and finally today we came to meet the Principal Chief Engineer,” the MLA told reporters.

He said that Porvorim residents want “positive solution” for the vexed problem of water scarcity, which resulted in the worst situation during covid-19 pandemic.

“We gave maximum support to the PWD so that they can find the solution but nothing changed because of which women of Porvorim had led morcha to close down the office in the constituency, which has been rendered useless,” Khaunte said.

About the meeting on Friday, Khaunte said that PCE has assured solutions like uninterrupted water tanker service, increase in the quantity of water supplies to the constituency and also timely maintenance of the water pipelines.

“We are monitoring the situation in the month of December. And if PWD fails to execute the solutions, than in January, I will be meeting all the MLAs from Bardez taluka to start ‘Har Ghar Nal But No Jal’ campaign.

He said that the campaign will be taken beyond Bardez taluka subsequently.

He said that if MLAs don’t agree to join the hands, than the local panchayat bodies would be roped in as water scarcity is an issue, which is beyond any political affiliations.

Khaunte said that despite abundant rains and WRD pumping in enough of raw water, the scarcity is questionable. “Why there is shortage of water? Is it because of syndicate of five star hotels or there is Tanker Mafia which is playing a role??