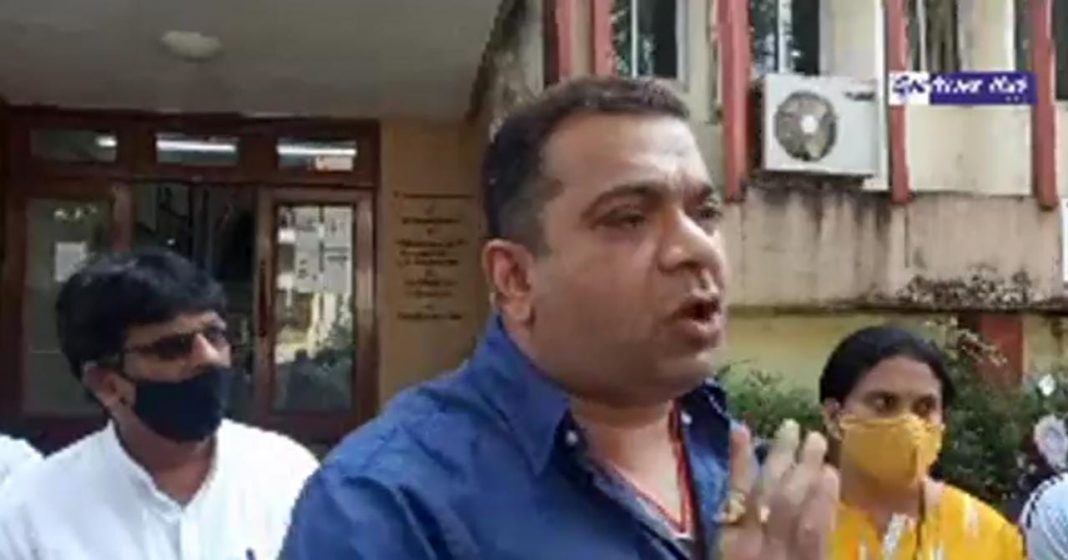 Porvorim: Independent MLA Rohan Khaunte on Friday accused State government of “keeping scope for negotiation” through the demand notice issues to JSW company for failing to pay the cess.

The Porvorim MLA pointed out that the state government should have immediately stopped operations of the JSW at MPT after issuing the Demand Notice, without giving them any scope to move to the court.

Khaunte said that the entire Demand Notice is a gimmick of Dr Pramod Sawant led government to keep scope for negotiation for the company and create “avenues and revenues” for the individuals and not to the state treasury.

He said that the Demand Notice has been used as an instrument for negotiation by the company, which has been done purposely by the government giving them “back window.”

“If state government’s intentions were clean, they would have stopped the operations first,” he said.

Khaunte drew parallel between JSW and GMR company, who has won bid for Mopa Airport construction. He said that similar modus operandi was used by government through Mopa Airport Development Authority (MADA) wherein the company was given leeway to pay construction licence fees.

He said that he would raise the issue on the floor of the House with proper documentation. Khaunte questioned why such negotiations are done with the companies when common people are not spared when it comes to payment of their licence fees.

Previous article‘Har Ghar Nal But No Jal’ campaign to kick off from January: Rohan Khaunte
Next article2021 will be year of Debates for Sawant-led govt: Rohan Khaunte