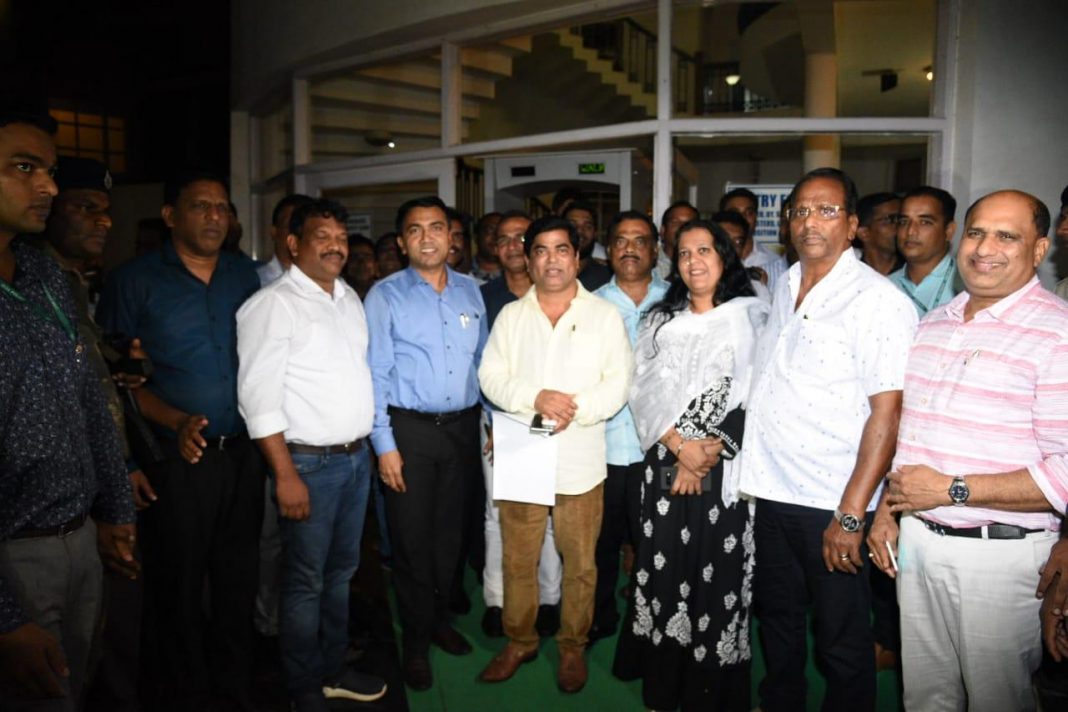 Porvorim:  A group of ten Goa Congress MLAs led by leader of opposition Chandrakant Kavlekar on Wednesday broke away and joined BJP, increasing the strength of ruling party to 27 in 40 seat house.

State chief minister Pramod Sawant accompanied by Kavlekar and nine other Congress MLAs announced that the entire unit which amounts to two third of Congress Legislative party has merged into BJP.

The letter of merger was handed over to Speaker of legislative Assembly Rajesh Patnekar in the evening in presence of Sawant.

The chief minister said that the party’s strength has gone up to 27 on the floor of the House. He said that the MLAs had expressed their willingness to join BJP, which was accepted by the party.

Sawant ruled out that at least at this juncture, they have not taken any decision on the coalition partners. “At least for now, we have not decided anything. The development is that ten MLAs from Congress has merged into BJP,” he said.

The development comes few days before monsoon session of the assembly is scheduled to begin from July 15.

Sawant also said that there was no issue of any new inductions in the cabinet.

Talking to reporters, Kavlekar said that he and his other colleagues decided to join BJP as development work of their constituency was suffering as they were in the opposition.

“We have seen working style of Sawant. He is working for the progress of the state. We decided to join hands with him. Being in opposition, our developmental works were also suffering,” Kavlekar said.

He claimed that the entry of all the MLAs was unconditional.

With ten MLAs changing the sides, the strength of Congress o the floor of the House would be reduced to mere five.

BJP is the single largest party with 27,  Goa Forward Party and Independents are three each, while one each is from NCP and MGP.

Ten Congress MLAs break away from the party, likely to join BJP