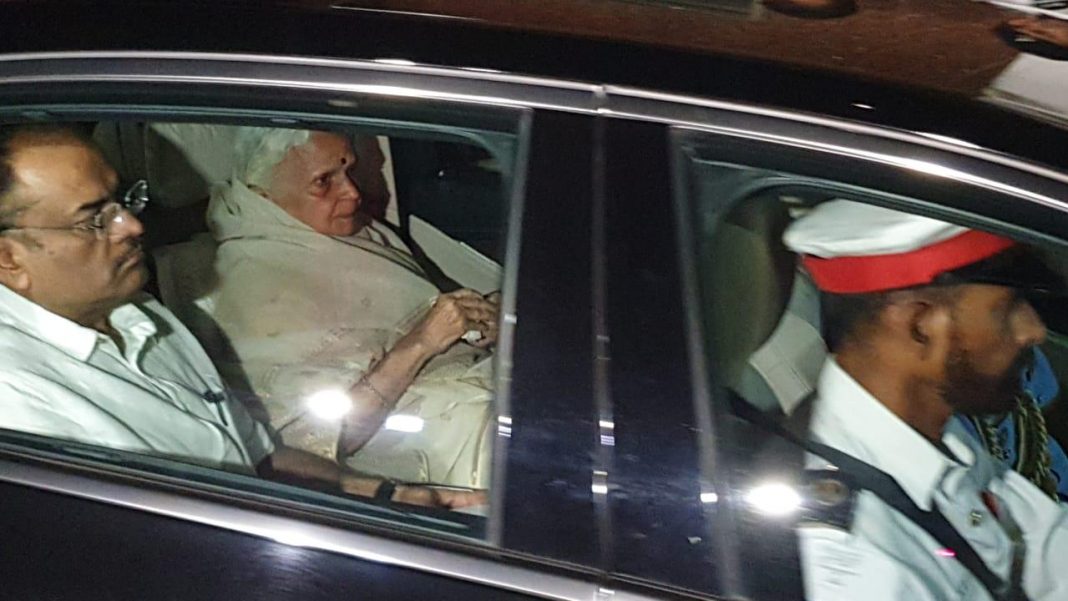 Panaji: Goa Chief Minister Manohar Parrikar in his own way chartered a new approach to various problems and succeeded in resolving many of them by his sincere personality, State Governor Mridula Sinha has said in her condolence message.

Parrikar, 63, passed away on Sunday evening at his private residence after fighting pancreatic ailment for almost a year.

Governor arrived at the private residence of Parrikar on Sunday evening to meet the grief striken family.

Later in her condolence message, Governor  said that she is deeply sorry to hear about the sad and untimely demise of  Parrikar.

“As a political leader he had, in his own way, chartered a new approach to various problems and succeeded in resolving many of them by his sincere personality,” she added.

Parrikar was an able Administrator and has raised the stature of the State of Goa to the highest level. He created an ideal for all the leaders to emulate and follow his path, Governor said.

She said that Parrikar  will be remembered as a social worker who gave his whole life to the cause of people. “ln his death, the country and the State of Goa has lost a tall leader and the vacuum created by him will be difficult to fill,” she added.