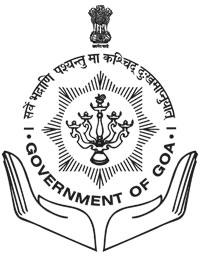 Panaji: Subsequent to the launching of ‘Goa Traffic Sentinel’ App the entire process of issuing Notices under Traffic Sentinel Scheme has been streamlined. As a result the number of violators approaching concerned authorities to compound the violations has increased manifold. Hence, in order to facilitate the violators addiution Extension Counters have been made operational at following locations: In North Goa at the Traffic Cell Mapusa and Traffic Cell Bicholim. In South Goa at the Traffic Cell Ponda, Traffic Cell Vasco, Traffic Cell Curchorem and Traffic Cell Canacona. Members of public are requested to kindly take note of the same and to compound the Notices received by them, if any, at the nearest location.

Apart from these locations, the violation can be compounded online also. The procedure to be followed is as under: Scan the QR Code mentioned on the Notice or/thereafter, register on Goa Online Portal https://goaonline.gov.in, after registering, login by entering either Login Name/Mobile/Email and Password, after Login, go to Menu and click on Police –Fine Payment, pay by either choosing on Vehicle Number or Notice Number (after selecting the desired option follow the instruction given), enter the Vehicle Number/Notice Number, click on the Check Box provided in the Notice details, enter the Driving License Number and tick the declaration Check Box below and click on the  Proceed to Payment Button. Next step involves clicking on the Check Status Button followed by clicking the Reinitiate with Caution Button, which will the direct you to the echallan webpage. The final step involves payment via Net-Banking.

To enable and encourage citizens to participate/assist Traffic Police, Goa Police introduced ‘Traffic Sentinel Scheme’. The ‘Traffic Sentinel Scheme’ has received good response from citizens. Several violations are being reported on day-to-day basis from various parts of the State. Earlier notices u/s 133 of M.V. Act 1988 were sent to the owner of the defaulting vehicles, directing them to compound the case at Traffic Headquarters, Altinho, Panaji and South Goa Police District Headquarters, Margao.

However, now the authorities have opened more Extension counters to facilite to the violators.

Previous articleCurbs on social media will help politicians get good sleep: Cabral
Next articleGoa gets 500 Organic farming clusters sanctioned by the centre: Sardesai