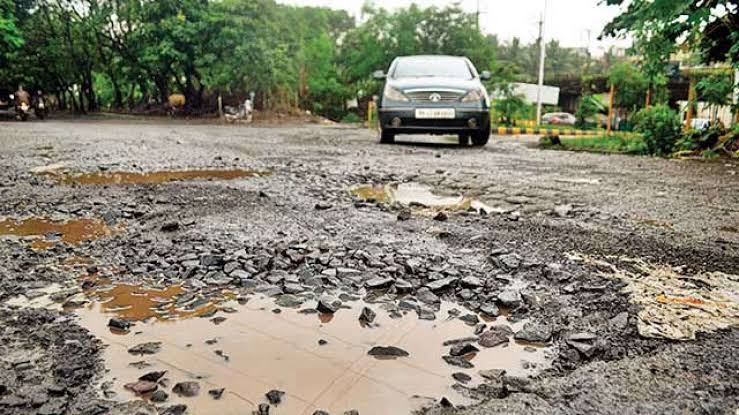 Panaji: Goencho Avaaz Party calls for an objective and unbiased audit on the abysmal state of Goa’s roads. A thorough report needs to be made public to understand why Goa’s roads are in such terrible shape, and how taxpayer money is being used.
Shri Swapnesh Sherlekar, President of Goencho Avaaz Party said: ‘. The pitiable state of the roads points to gross mismanagement and waste of taxpayer money. It is the relevant PWD officials who are responsible for monitoring the quality of materials used and the workmanship. Hence, they need to be held accountable for the alarming deterioration in the state of the roads. It is high time that an audit is conducted because people have a right to know how their tax money is being spent.’’
‘’According to the monthly statistics compiled by the Directorate of Transport, just in March 2021, Goa recorded a whopping 286 road accidents. How many of these could have been prevented if the roads were in better shape? ’’ concluded Swapnesh Sherlekar.
Shri, Roshan Mathias, Vice President, Goencho Avaaz Party said: ‘’What is to be said of a government that fails to provide a basic standard of roads for people? The shoddy state of the highways and village roads are not only causing tremendous inconvenience to commuters, but are also damaging vehicles. And now in the monsoons, two wheelers are facing additional pressure with water logged roads. Injuries like lower back pain, cervical spine pain and even whiplash injury are exceedingly common ailments that afflict two wheeler motorists due to bad roads and potholes. The PWD needs to let the people know why we constantly have to put up with pot-hole ridden roads that are extremely dangerous for commuters. Even the Atal Setu bridge, barely two years after being opened for vehicular traffic, is renowned for potholes which keep resurfacing even after being fixed.’’
He further stated quoting Judgements from the HC and Supreme that “Its high time that all the concerned clearly understand the Right to have properly maintained roads is a fundamental rights guaranteed by Article 21 of the Constitution of India. Why is it that every time ordinary citizens of the state have to approach the Hon. Court to get their fundamental rights?”.